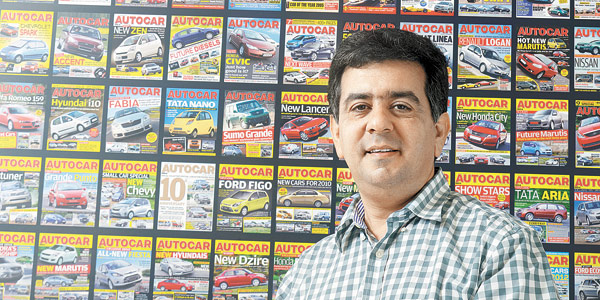 08 November, 2014
Print this article Font size -16+
The auto industry had hoped that this year’s Diwali fireworks would be the sparkle at the end of a dark tunnel, but the festive season failed to bring any cheer. Despite discounts, car sales continue to be sluggish. Buyers are simply not in mood to bite. For auto companies, 2013 is a year best forgotten.  But will 2014 be any better?
With the economy still bumping along the bottom and no political will being shown to stimulate the ailing auto industry, the prospects don’t look very promising either. However, the gloom hasn’t stopped ambitious car makers from launching new models. They are hopeful that the dark clouds will eventually lift. And with the Auto Expo scheduled in 2014, manufacturers are hoping that the excitement generated by the country’s biggest motor show will spill into showrooms as well.
Maruti Suzuki, which is celebrating 30 years of dominance, seems determined to rule the Indian roads for the next 30 years too. When the car market sneezes, India’s largest auto maker is the first to catch a cold. In 2013, Maruti sold fewer cars compared to the year before.
For 2014, it has the firepower in place to fight harder. Key to Maruti’s offensive is an all-new hatchback known by its internal codename: YL7. Pitted against Hyundai’s Grand i10, the YL7 has been specifically designed for the Indian market. It will come with a super-efficient version of Suzuki’s 1-litre K10 petrol engine, making it a very tempting package. There are plans to launch a diesel version too, but that won’t happen anytime soon. Also in the pipeline is the next-generation SX4 (YL1), expected in mid-2014, which will compete with the new Honda City and Hyundai Verna.
What makes Maruti formidable is its brilliant distribution network. It is therefore, the default choice for many car buyers as well as for those who aren’t — the company has a knack for finding buyers where none exists (for instance, the priest community). And that’s how it increased its market share to an astonishing 50 per cent.
Hell-bent on spoiling Maruti’s party is Hyundai. The Korean company is riding on the success of the Grand i10. It will unveil the saloon version at the Auto Expo. The all-new Santa Fe will debut in February. Hyundai is banking on the SUV to tempt buyers away from Toyota’s Fortuner.  Later in the year, the all-new i20 is expected. There has been a resurgence at Honda. For years the company ignored pleas for more affordable cars and diesel engines. It eventually woke up. The Amaze showed that Honda was serious. Buoyed by its success, it has lined up the next-gen City, due in January,the Mobilio MPV, expected in mid-2014, and the all-new Jazz that will make an end-2014 debut.
Ford will unveil the next-generation Figo in 2014, but that won’t go on sale until 2015. A Fiesta facelift, expected sometime in mid-2014, is all that Ford will offer.
The luxury car brands too are fighting for a slice of the pie. Mercedes seems to have taken the lead with the successful launch of its New Generation Compact Cars (NGCC) such as the A- and B-Class. Its all-new S-Class stakes claim to the title of the ‘Best Car In The World’.  To be launched in January 2014, the top-end S-Class will cost upwards of Rs 1.6 crore.
Audi is banking on the A3 saloon, which is due in the second half of 2014. Priced under Rs 25 lakh, the A3 is expected to sell in good numbers and help Audi hang on to its ‘Number 1’ spot in the luxury car space.
BMW will be tempting buyers with the new X5 SUV, a huge improvement on the previous model and the BMW 3-Series GT with its unique quasi-hatchback and estate-body style. Jaguar will possibly be bringing the most desirable car in 2014 — the F-Type coupe. The new year will be an important year for Porsche too as it will mark a new beginning with the opening of company-backed showrooms (after the divorce with Shreyans Automobiles, the former importer) and the launch of the Macan SUV, the most affordable Porsche yet.
From homegrown car makers —Tata Motors and Mahindra — you can expect products aimed at fending off global competition. Tata Motors has the next-gen Vista and a first time sub-4 metre saloon on the same platform. The Nano will get power steering in January 2014 and the Sumo will be refreshed. But, it seems to be a case of too little too late. The year 2014 will be a ‘bridge’ year for Tata Motors as the launch of new models is still years away.
Mahindra should have a stronger 2014 with the launch of two key products — a compact SUV (S101) and the next-gen Scorpio (W105).
Global giants will have a quiet year as the focus for them remains markets other than India. GM India will have no new product.  At the most, we could see a face-lift of Beat and Cruze. VW’s only launch will be a mildly face-lifted version of the Polo, while Toyota will bring in the all-new Corolla.
For consumers, 2014 will see prices going up as the weak rupee has taken its toll on the cost of cars, especially the imported ones. But, as ever, there are always some good deals. So, bargain hard!
The author is editor, Autocar
Twitter: @hormazdsorabjee
(This story was published in BW | Businessworld Issue Dated 13-01-2014)
Tags assigned to this article:
magazine business auto automobiles hormazd sorabjee auto expo magazine 13 january 2014 autocar