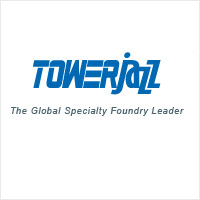 08 November, 2014
Print this article Font size -16+
A consortium that includes Israeli chipmaker TowerJazz has won a tender to build a semiconductor plant in India, the Calcalist financial news website reported on 25 June' 2013.
The group also includes IBM and Indian infrastructure company Jaypee, which will fund the project.
According to Calcalist TowerJazz, which will provide know how, consulting and support services, will have revenue of $300 million (Rs 1,791 cr) over six years from the project. It will not have any expenses and therefore will have a profit of 90 per cent of the revenue, the website said.
TowerJazz will also be able to use part of the facility for its own products, enabling it to expand in India.
TowerJazz officials declined to comment on the report.
A market source told Reuters that Indian telecoms and information technology minister Kapil Sibal was in Israel last week and met TowerJazz Chief Executive Russell Ellwanger.
Shares in TowerJazz were up 3.6 per cent to 17.5 shekels in morning trade in Tel Aviv.
Last month TowerJazz said it had been advised a decision regarding the plant would be made by the Indian government in the next few weeks.