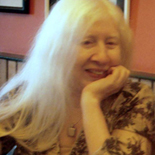 Mala Bhargava is a personal technology writer and media professional. Contact her at [email protected] and @malabhargava on Twitter