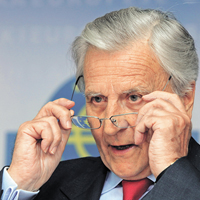 The European Parliament has ratified a law that paves the way for creation of three new financial oversight institutions to help prevent future banking crises.

The three banking watchdogs will come into force in January 2011 and oversee supervision in the banking, insurance and securities markets.

The main one is the European Systemic Risk Board (ESRB), which will include all central bank governors from the 27 European Union member states and chaired initially by the European Central Bank president, Jean Claude Trichet.

Although banking supervision will remain with the national regulators, the ESRB will have powers to intervene if it thinks banks are overleveraged.

The new bodies can also mediate in the event of disputes between national regulators.

Canadian fertiliser company Potash Corporation has filed a lawsuit against mining giant BHP Billiton in a US district court in Chicago to block a hostile takeover bid from the latter.

The Anglo-Australian mining giant has offered $39 billion for Potash Corp. According to the lawsuit, BHP misrepresented material facts related to its bid for the world's largest producer of potash. It also accuses BHP of fraud related to the offer.

BHP said it would contest the lawsuit, which was "entirely without merit".

In a statement, the company also said it believes the suit will not delay the takeover process.

Dell Inc launched a seven-inch tablet at the Oracle OpenWorld conference in San Francisco on Wednesday. The tablet runs on Google's Android software. Dell CEO Michael Dell said that the tablet is just a prototype. He did not divulge further details such as the price or the release date. He added that the company is eyeing a $60-billion revenue this year.

Last month, Dell had released a five-inch tablet called the Streak, which is currently only available through the company's online store.

Acknowledging the tepid growth in the economy, the US Federal Reserve has decided to keep short-term interest rates at a record low. The Fed has kept the rate between zero and 0.25 per cent since December 2008 to encourage the US's fledgling economic recovery. "The pace of economic recovery is likely to be modest in the near term," a Fed statement said. The Fed's decision came as the US economy continues to show signs of weakness and inflation is very low, running at a 1.4 per cent annual pace. Since raising interest rates could encourage consumers to save, the central bank must be careful to continue to encourage spending. Analysts say the rates will remain in the 0-0.25 per cent range until mid-2011.

An International Monetary Fund (IMF) report has warned that Pakistan's inflation rate may soon hit 13.5 per cent due to the recent floods that hit agricultural output and pushed core inflation up to 12.5 per cent in August. Experts say rising inflation could force the central bank to raise key policy rates. Many analysts had expected the central bank to wait until the release of a damage-assessment report — due to be released in mid-October — before raising interest rates.

The IMF recently approved a $451-million aid to help Pakistan in flood-relief measures. Private sector growth has slumped after factory production declined and infrastructure was damaged by the floods. Damage to crops and infrastructure was estimated at $43 billion. Pakistan's real GDP growth is unlikely to exceed 2.75 per cent this year. In fact, it could be lower, says the IMF.