This Party’s Only Begun... 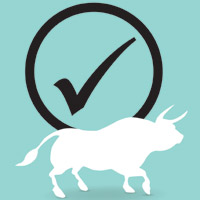 08 November, 2014
Print this article Font size -16+
At over 55 km per hour, bulls run faster than human beings. You can run alongside one for 5 seconds at best, before it zips past you or runs over you. This piece of wisdom — lifted from the streets of Pamplona, Spain, famous for its San Fermín running-with-the-bulls festival — also holds good for the bulls on Dalal Street.

Until a year ago, you would not have heard even one emphatic ‘buy’ call from pitchers and analysts selling equities for a living. Recommendations came with a lot of wily disclaimers and price targets were always set close to market averages. Then, somewhere in October and November, marketmen started talking about the change of guard at the Centre — with almost all pessimists and naysayers predicting a severely fractured electoral mandate potent enough to worsen the country’s economic woes. Market sentiment began to turn positive after a few foreign investment banks started seeing the possibility of a Narendra Modi-led government at the Centre.

All this while India’s macroeconomic data pointers (macros) were in utter disarray, with the gross domestic product (GDP) growth numbers threatening to dip below historic lows, a fast plunging industrial production index, lacklustre corporate earnings, a nagging twin deficit, sticky inflation and a hawkish central bank. Pessimists and naysayers had their reasons to lament. And they did precisely that — till the time the din surrounding the general elections and the prospect of a stable government at the Centre muffled their voices.

What followed could be compared with the San Fermín festival. Nobody really knows who or what (factor) unlatched the corral gates, but the bulls marched out initially with a measured gait and then took off in a mad scramble. They carried along the investors who were biding their time on D-Street. The rampaging bulls blew clouds of dust into the faces of fence-sitters who were waiting for the opportune moment to invest in the stock market.

The 30-share Sensex surged 28 per cent, from 21,000 to 27,000 points, since the beginning of 2014, forming what is known in market parlance as the “base” of the bull run. The rally has been so broad-based that even mid- and small-cap stocks rallied with their larger peers. At times, the mid- and small-cap companies even outperformed their large-cap peers and the broader indices.

Investors who were fortunate to catch the rally have doubled, tripled and even quadrupled their initial investments.

The ones who missed are hoping for the rally to continue. “Are we in for a multi-year bull run?” is the big question in front of investors.

“Economies do not recover in a jiffy, they take time. The US economy took three to four years to recover from the financial meltdown. Here, we’ve hit the path to recovery and faster economic growth now. This will continue for some time,” says Sankaran Naren, chief investment officer, ICICI Prudential Asset Management, which manages assets worth Rs 1.18 lakh crore. “We’ll see good economic growth over the next few years... this will stoke up markets to higher levels. People will benefit if they commit money to equities now,” adds Naren.

Recovery in economic growth, lower crude prices, a downward trend in the rate cycle, better corporate earnings and higher spending on infrastructure will keep the markets buoyant for the next few years, say analysts and fund managers. Many feel it may be a repeat of the previous bull run that lasted four years, starting 2004.

Morgan Stanley’s head of India research Ridham Desai has, however, debunked D-Street’s theory that the current bull phase will be similar to the last bull market rally. According to him, broad parameters such as consumer inflation, real effective exchange rate, current account deficit, trailing earnings growth, relative valuations to emerging markets and broad market valuations were lower a decade ago compared to now. Also, qualitatively, GDP growth, Index of Industrial Production (IIP) growth, real rates, domestic liquidity and return on equity were higher a decade ago.

“The macro and market environment looked more appealing then, than now. However, we think the direction of change for most of these variables is in the right direction, like in 2004,” says Desai. Every bull market has its own set of drivers, but strong economic growth is one thread that passes through most bull runs.

The government’s ‘make in India’ policy and the plan to set up manufacturing clusters will help the ‘secondary’ sector participate more in India’s economic growth. The government’s inclination to forge bilateral trade pacts with developed countries will also help in a big way. After Japan, Modi’s visit to Australia in November will be keenly watched by market participants.

“This will move up to 20 per cent on the back of economic growth. If the infrastructure cycle revives, the earnings growth revival will be faster with 25 per cent compound annual growth rate looking possible. An earnings growth between 20-25 per cent and multiple re-rating from 15 times to 16-17 times in the next few years can lead to a 25 per cent compounding of Sensex returns,” says Goel. He expects the Sensex to touch 100000 by 2020.
break-page-break
There have been instances in the past with 20-25 per cent compounding for long periods in global markets. The Dow experienced the most spectacular rise in the 1980s. From a meagre 777 on 12 August 1982, the index grew 1,500 per cent to close at 11722.98 by 14 January 2000.

The fall in crude prices, from a high of $115 per barrel in June to $97 per barrel currently, can be the biggest positive for the economy and stock markets. India imports 85 per cent of its crude requirement, creating a huge revenue drain on account of oil bills. Lower crude prices will help India narrow its current account deficit and reduce its subsidy burden. A fall in crude prices eases inflationary pressure in the system. The positive effect of lower crude prices will be reflected in retail inflation only with a lag effect, but it will surely bring down prices of basic articles.

“Lower crude prices open a new trajectory for the stock market. Markets should be up 10 per cent on the basis of this development,” says Raamdeo Agrawal, MD and co-founder of brokerage firm Motilal Oswal Financial Services. “I think crude prices will stabilise at $96-98 per barrel. This, with lower commodity prices and a flat rupee, is going to help the country in a big way,” adds Agrawal.

If inflation comes under control, the Reserve Bank of India (RBI) will not hesitate to cut rates. This, however, may start happening towards the last quarter of the current fiscal, say market watchers. The bank will want to ensure that food price inflation is under control over a sustained period before any rate cuts are effected.

The RBI will also want a period of positive real rates to encourage domestic savings, given that real rates have moved to the positive territory recently, after a long time.

“Rate cuts will surely happen once the RBI manages to rein in inflation. Lower interest rates will increase the profitability of firms. We may see an uptick in the investment cycle; firms will go in for expansion if rates come down,” says R. Venkataraman, managing director, IIFL.

Reduction in borrowing costs, lower inflation and a pick-up in GDP growth should ease the stress on small and medium enterprises. A UBS analysis of 2,079 companies with total borrowings of $400 billion indicates that stressed assets could decline by 20 per cent if borrowing costs drop by 100 basis points. Lower rates will also reduce corporate loan defaults.

Large chunks of FPI money have flowed into pharma firms, private sector banks, FMCG majors and IT firms. FPIs own 22 per cent of the BSE 500 companies, second only to promoters. Again, foreign investors have 26 per cent ownership in the Sensex pack, stated a Citi report. “Foreign institutional investor investments will keep coming. They will continue to chase corporate earnings growth,” says Agrawal, adding, “There’s no other market in this world where they can get this kind of earnings growth and returns.”

What Can Play Party Pooper? Geopolitical tensions in Iraq, Afghanistan and Pakistan could upset the applecart. Conflict in Iraq could lead to crude prices spiking. A slowdown in China and worries over the US Fed’s quantitative easing strategy could also spook world markets. If the Modi government fails to deliver, or even live up to market expectations, it may lead to a gradual selloff , at least by foreign portfolio investors.

“A slowdown in China could be a matter of concern for most global markets. Such an event would throttle down the investment engine of the world,” says Jyotivardhan Jaipuria, head of research at Bank of America Merrill Lynch. “But these are just grave possibilities. For now, the market is in the lap of a multi-year bull run. Investors should invest in equities now. You buy today, your money may double in four years,” adds Jaipuria. Never have equity analysts and fund managers sounded so confident when asking investors to buy. This, more than anything else, indicates the beginning of a multi-year bull run. Adrenaline junkies and habitual risk-takers apart, it’s time more investors shed their shyness.
It’s time to run with the bulls.