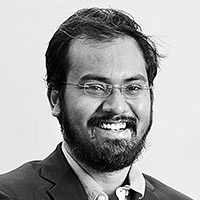 08 November, 2014
Print this article Font size -16+
What follows below is not intended as criticism or an attempt to portray business schools as deficient in any manner. A business school (much like almost every important life experience) is what you make of it. I look back at my time in B-school with fondness, and as a time and place of growth, energy and anticipation spent with great educators and friends alike. So much so that my first job — in management consulting — was mostly an extension of school. Since then, I’ve endured the sudden shock of running a startup, which I’ve been doing for the past two years. What follows is my attempt to look back at a few formal and informal lessons I wish I had learned differently at business school.

Organisations are dysfunctional or how I learned to stop worrying and love HR. Business school taught me organisation theory the way a doctor might take graduate students through their first anatomy class — detached, bereft of emotion and bemused at students’ naivete. While handing over a cleaver and a body to a fresh medical student may be too risky, B-school left the practical bits out despite no life-threatening consequences.

Organisations, by being rag-tag aggregations of individuals with wildly different personal, social and professional goals and beliefs, are charged environments. Navigating an organisation is like playing a game where the stakes are your success (whatever that means); the levels are promotions, pay-raises and international stints; and the level bosses are your boss, their boss(es) and HR. Business school places the power-ups along the way in a neat Maslowian hierarchy —more pay, job security, camaraderie, esteem and influence.

But people’s motivations are complicated. Do higher payscales or flexible working hours work? Do you promote based on one spectacular quarter or four solid ones? What is the company’s vision? Does it matter? Add to this the fact that everyone has colleagues they don’t like to different degrees, projects that aren’t always interesting and policies that seem iron-clad and patently made up by a Vogon overlord masquerading as Head of Policy. Most HR practices are unnecessary in purely meritocratic organisations that we believe we’re joining. In reality, great companies emphasise great HR.

Fact: HR isn’t the corporate boondocks it’s made out to be at school. An HR team staffed with incompetent, poorly motivated and unintelligent people creates an incompetent, poorly motivated and unintelligent organisation. Great HR talks to employees all the time to figure out what they want, creates effective feedback mechanisms, encourages creativity and participative decision-making and generally keeps people happy. HR, simply put, is where the action’s always at.

Be quick or be dead. The case method is a great way to teach students how to take tough decisions at the highest level rationally. With one caveat — given infinite time. At school we studied several iconic and diverse companies, shaped corporate strategy, built detailed financial models and simulated competitor responses using game theory in classes that simulated most decision parameters like scarce resources and imperfect information.

Reality, though, is the smell of burning capital, the sight of dwindling marketshare and the sound of employees banging the door on their way out while you struggle with whether to launch a new product, drop pricing to kill competition or pay larger bonuses.

The more the pressure, the faster (not more precise) must the decisions come. For instance, when we needed to scale up share of wallet across clients, our new business plan called for launches in 25 cities over six months. Our COO and his team decided to go full steam and do it in two. Unsurprisingly, all the moving parts didn’t fit. We had a few snafus and some financial hits. What mattered in the end, though, was that in two months we were in 40 cities and suddenly the largest new startup in our space.

This has become a part of our recruiting process. We value the ability to rationalise decisions. Internalising the basic logic of business decision making is crucial. At senior levels, though, learning how to act fast separates the best leaders from good ones. Their decisions are sometimes based on instinctive feel for competition and consumer responses, and sometimes only on intuition. Often, they are marginally wrong. But as long as they’re guided by a consistent idea, an overarching plan, and attention to the crucial details, the faster they are — again, not more precise — the more likely they are to win. Speed is the ultimate competitive advantage.

Risk is nasty, brutish and difficult to understand. Any B-school graduate worth his salt knows operational, liquidity, credit, market and policy risks as the holy pentagram. Unfortunately, the world has a rude tendency to prove the best constructed models wrong. B-schools lead you to the water but leave out the fishing lesson.

The truth is that the risks they teach you about at school aren’t usually the ones that take you down. The ones that leave you most vulnerable are real world risks that are apt to waylay you when you’re busy with bigger issues. No formulas or approaches from business school can remotely capture the risk of absenteeism due to poor incentivisation or build in the probabilities of flat tyres or long CNG lines or no-entry timings or jumped traffic lights leading to breaches in service levels and unhappy clients. We, for instance, started out solving our most obvious risks — cash handling, product packaging and pilferage. Before quickly realising (the hard way) that we needed to spend as much, if not more, energy on shared staff incentives, spares, lean hour re-fuelling, load scheduling and driver training.

The best managers don’t just build VaR (value at risk) models. They appreciate risks deeply, look for them in the dark depths of a business, and understand how they interact. They nip them in the bud. It is only poor or insufficient theoretical understanding of risk that leads us, to paraphrase Scott Adams, to hurtle off on irrational paths in pursuit of unlikely payoffs. This is the principle behind the sub-prime crisis, Ponzi schemes and, going by recent news, venture investing, apparently. Learning the nature of risk won’t prevent you from always failing, but it’s an important way to prevent yourself from jumping out of an airplane hoping to learn how to build a parachute on the way down.

Work is like an arranged marriage. I went to business school armed only with good intentions and curiosity. Over two years and millions of conversations, classes, blogs and expert sessions, I was convinced I would find a job that would instantly be the great passion of my life. Since I couldn’t figure out what that was, I started off in management consulting as a short-cut to sample as many businesses as possible. Unfortunately, I forgot Stats 101. That tilting the probabilities in your favour doesn’t guarantee success.

I loved consulting. The whirlwind case team meetings, client visits, Powerpoint presentations, Excel models and day trips felt perfect after a whirlwind two years at school. But somewhere along the way it became that crazy party you’re at because everyone else is and that you’re too scared to leave in case you’re never invited back.

Five of us quit our jobs in 2011 to start a logistics company that began by delivering food in Gurgaon. Our parents, friends and ex-colleagues, not surprisingly, had a massive, collective cow. Initially, being co-founders was cool. Like that phase when you meet the new girl your parents have been talking about. She’s cute and likes ‘The Grateful Dead’ too. The wedding’s exciting — you’re the star of the show, for a while. Then growth pains appear — you leave your clothes on the sofa, never wake up in time to let the cook in and always forget to get the cars serviced. At work, similarly, we were negotiating with clients, solving daily issues for 1,200 employees, managing customers and pitching to investors, all while dealing with vendors, auditors, and even the traffic police. Often, our problems and our differences seemed larger than our vision.

But somewhere along the way you make your peace with the ill-advised moustache, the terrible dance moves and the little extra tummy fat. Work’s like that. Keep at it hard enough and long enough and you will fall in love with it. The 3 am shipment sorting breakdowns, fog delays and audits are all minor speed-bumps in an otherwise long, smooth highway. All that matters is that you keep the faith. In the end it’ll all work out.