There’s No Such Thing As Cowboy Banking 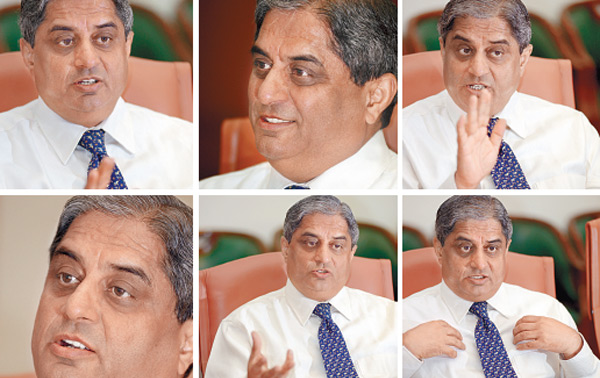 08 November, 2014
Print this article Font size -16+
On 18 January, when Aditya Puri, MD of HDFC Bank, signed the unaudited results of India’s second largest private bank, he delivered yet another quarter of 30 per cent-plus net profit growth — the 53rd quarter in a row. Between 2008-09 and 2011-12, HDFC Bank’s topline grew 164 per cent. In comparison, leader ICICI Bank consolidated its lead (it is still over two times HDFC Bank’s size in income) and stabilised its operations after years of fiery expansion with an 11 per cent growth. Faced with a slowing economy, Puri decided against battling slowdown with higher risks. Instead, he looked for ways to compensate slowing growth in existing areas with growth in new areas such as rural and semi-urban markets. In most places it worked. In some, it didn’t. But the bank was better off, anyway. Excerpts:

As a leader, when you saw the economy slowing down, what was your first instinct?
For businesses that are substantially affected, you can do nothing. You can’t force yourself to grow in a business that has slowed. You are likely to take risks. You can see what has happened to people who took a lot of project risks (such as those who lent to aviation and power companies). The bank has to follow the real economy. We can’t create the real economy. So, when you see that investment-related areas will be affected across the spectrum — fundraising, capital import, etc. — you will be better advised to look at what will come. Even if you maintain your share, the overall revenue from that business will come down and you will have to compensate for it elsewhere.

How did you do that?
Within the slowdown, the consumer dynamics — even if you see the latest statistics in India — is still intact. In the retail business in mature markets (metros and semi-metros), we had to improve product offering with a larger product range, better turnaround time and service levels.

If you are a salaried customer with us and apply for a personal loan in the morning, we will revert within 2 hours. You give us the documents and in another 2 hours we will give you the loan. Similar standards are there for car loans and credit cards. You can apply for a card and board a flight in Mumbai, and you will have the card when you land in Delhi. On mobile phones, we have introduced full Internet banking on a 2G device. We have created a complete product range. The only bank that comes close to us or could have the same range is State Bank of India.

Simultaneously, recognising that there is a slowdown — but (keeping in mind) that rural India is prospering — we built a product range for semi-urban and rural areas over the last three years. There is an ATM we’ve just tested. You pour milk from one end and take cash from the other.  These are things that had to be developed because we think the White Revolution has to go to the next level.

Today, how many banks are lending to the shopkeeper and small and medium businesses — into two-wheeler financing, light commercial vehicles, crop loans, warehouse receipts, tractors, loan against gold jewellery, credit cards in rural areas, Kisan Gold Cards? We backed it up with change in operations through scanning and other technologies. We decentralised operations to some extent. And, today, we have 60 per cent of our branches outside the top 10-15 cities. All this happened in the last two-three years, as we saw the slowdown approaching. This involves costs, change in mindset, change in selling procedures, operating procedures, credit, collections and training. We went in a big way, both for Centre and states — for income-tax collections, excise, customs and freight.

We also decided that we want to hit the bottom of the pyramid. It will not be profitable for a long time, but it will meet our corporate social responsibility (CSR) objectives and one day it will be profitable.

Our sustainable livelihood initiative has brought 1.5 million farmers from below the poverty line to above the poverty line. About 10 million may come close to breaking even. We form the self-help groups, and provide training and market linkages. We collect the money from where they are (and) disburse the money to where they want.

How did you differentiate your standards for collateral or mortgage for rural areas?
We never bet the bank. We took our time. First we tested in a small area, then in a bigger area. You don’t need to differentiate standards. The client wants timely credit in an honest and fair manner, which has been properly described to him.

Actually, in rural areas, nobody is giving this. We have been in gold for almost 4-5 years, but we only ramped it up in the last two to three years. We are sorting out processes, understanding what the customer wants — as well as the pitfalls. The same goes for tractors. When we saw the slowdown, we felt that the interiors were virgin markets.

We’ve gone into a large number of states where private banks have been hesitant to go. We’re the largest private bank in Jammu and Kashmir, and in large parts of the North-east, Punjab, Haryana, Bihar and Gujarat. Our consumer (business) has been growing substantially, but our corporate hasn’t grown at the same pace. On a combined basis, the bank is still growing at almost the same rate as we were growing (before the slowdown). Now, imagine when the economy picks up...

How did you use technology to support growth?
To meet our turnaround time, we required a change in technology. We introduced a data warehouse, we put the relevant algorithm on top of the data, which would help on all three counts: marketing to target customers; to know in advance which customers are showing behaviour that could lead to delinquency; and to realise where people are using us without giving commensurate business.

We’ve worked on a repository. If you already have information with the bank, you will not have to give it again. It just populates it. We’ve worked on an outbound call centre that will allow us to call you within 2 hours of you asking for a product.We’ve also put in appropriate scorecards so that the first approval can even be given on the spot. Besides, we’ve decentralised our operations hub because we were losing time on movement of papers. We moved to scanning (and emailing documents instead of posting them) to benefit from telecom. We’ve also gone with virtual PCs which, in the interiors, requires far less bandwidth.

What did you decide you will not do during the slowdown?
Lots. We (decided that we) would not push the envelope in terms of risk. In a slowing economy, the easier thing is that in your existing business you take higher risks and you lower the price. We said we will not buy business on price.

If the real economy has slowed down in sectors, you have to slow down. We did not alter our credit channels. We did not alter our ­pricing. We didn’t go after any ­business that we were not ­completely clear about. So we ­became conservative in our risk-taking and said we will do only what the market can take.

You had a 30 per cent net profit growth for 53 quarters. How did you manage that?
When we started the bank, the public sector banks had the distribution reach and the funding capability and foreign banks had the products. (We said) what if we can create a product delivery better than the foreign banks and create the reach of a nationalised bank. That was the basis. We identified our needs — that we will be with AAA (or highly rated) corporates, we will be with emerging corporates, small and medium corporates, micro-corporates. We will be in agriculture, for priority sector, which is also what took us to semi-urban and rural areas.
break-page-break
We also put the products in place. For AAA corporates, we said we will be the best in cash management, among the top in foreign exchange and advisory, a major working capital bank, we will help with shareholder management and distribution and be the major salary bank as well.

Our systems would dovetail through a reverse file transfer into the SAP systems that the companies have. When everybody was not opening branches, we were opening branches. We will have close to 3,000 branches by the end of the year. We also ensure we use our distribution channels in terms of the mobile and the Net.

For our asset business, we actually have a hub-and-spoke model. Each hub looks after an area in a 20-km radius around it.

HDFC Bank has an image of being a conservative bank, which takes long for loan clearances...
If you are not conservative as a banker, you will pay the price. There is no such thing as cowboy banking. At no stage — we may not have taken extra risks — did approvals take long.

In the past three years, which segments of banking have really seized up?
Mainly those related to investment funding and fundraising. Slowly, it’s also affecting working capital benefits based on inflation. By extension, new employment and velocity of money.

In terms of non-performing assets, in your last quarter, construction equipment and commercial vehicles were a drag...
When the economy slowed down, the two segments where there was lack of investment were bound to be affected. We have seen some uptick there. When they say drag, our ­delinquency —  even in these areas as of today — is within the probability of default (limits) that we had specified in our pricing and when we set up the product. It is higher than what it was when the economy was doing better. We are examining the situation.

What is your assessment of the current macroeconomic scenario?
I think we are absolutely at the bottom. I could be wrong by three or six months. But, largely, we are at the bottom and are taking initiatives that should take the economy to a better growth trajectory.

Globally, whatever impact it (the slowdown) had to have is already in today’s numbers. They have avoided a crisis, but they have not solved their problems. The US could come out better than expected; Europe will probably be at current levels, or worse; China is starting to show signs of growth. So, global developments should be favourable. Solving domestic issues is more important than figuring out what the globe can do. And we must recognise that at 6 per cent we will be one of the fastest-growing economies in a world that is awash with liquidity.

If we solve our problems, our prospects are bright. I am being cautiously optimistic.