The Writer And His Art 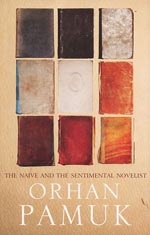 
For Pamuk, devouring a novel as a youngster, he felt a "breathtaking sense of freedom and self-confidence". But he rues the fact that this great joy of writing and reading novels is obstructed or bypassed by two kinds of readers—completely naïve readers, who always read a text as an autobiography and the completely sentimental-reflective readers, who think that all texts are constructs and fictions anyway, no matter how many times you warn them that they are reading your most candid autobiography.

Pamuk wanted to be a painter, but at twenty-two, he chose to become a novelist. So it is not surprising that he feels that "novels are essentially visual literary fictions or ‘painting with words'".The Naïve And Sentimental Novelist is worth reading.

Jaya Bhattacharji Rose is a publishing consultant and critic