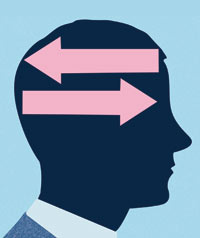 08 November, 2014
Print this article Font size -16+
Four years ago, two financial regulators, the Securities and Exchange Board of India (Sebi) and Insurance Regulatory and Development Authority (Irda), locked horns to gain control of unit-linked insurance products (Ulip). While Sebi said Ulips invested in equities and, therefore, had to be regulated by a markets watchdog, Irda defended its turf by saying Ulips were insurance products and came under its purview.

The tug of war between Sebi and Irda — which eventually required ministerial intervention — ensued after life insurance firms sold nearly 2 million policies, worth Rs 45,000 crore, in 2009-10. Insiders say both Sebi and Irda wanted to wrest control of Ulips as it was a very popular product among retail investors then.

Another reason for Sebi to widen its regulatory sway was to stop commission-induced misselling of Ulips. It wanted to level the playing field for Ulips and the less expensive equity-linked savings scheme (ELSS), managed by asset management firms. Sebi was forced to take up cudgels against Ulips as mutual funds (which come under its direct control) were losing the protracted battle with Ulips for investment market share.

Almost identical in structure, ELSS and Ulip have always fought each other for a share of the investor’s wallet. Till 2010, Ulips cornered the lion’s share of tax-saver’s funds thanks to the distribution might of insurance companies and higher sales commission.

The 2010 Irda-Sebi spat paved the way for rationalisation of commission rates and expense ratios in Ulips. Irda placed caps on Ulip commission rates, which went on to make it less lucrative for distributors to sell the insurance-cum-savings product.

This, in a way, brought ELSS and Ulip funds on a par. The mutual funds industry hoped to sell more ELSSs against the backdrop of low distributor push for Ulips. Little did mutual funds know that risk-averse retail investors would stay away from all equity products for the next few years; during 2010-13, both Ulips and ELSSs saw lacklustre business.

The Turnaround
The four-year lull for ELSSs and Ulips may now come to an end with both sides hoping to sell a record number of units this tax season  — between October 2013 and March 2014. Currently, Ulips seem to have an edge as most schemes have managed to reduce costs and also yield decent returns.

ELSS supporters like Anil Rego, of wealth management firm Right Horizons, are warming up to the idea of recommending Ulips to investors, “as this category of equity tax savers has performed well over the past  year. Also, Ulips are not as expensive as they were some years ago”. Rego adds: “A cap on commissions and other regulatory changes have made Ulips comparable with mutual funds.”

According to Morningstar Investment Management, mutual fund ELSSs have returned 6.4 per cent on average over the past year. ELSS funds such as Axis Long Term Equity, Edelweiss ELSS and HDFC Long Term Advantage yielded 10-16 per cent returns since last year. Several Ulip schemes have also managed to mirror returns by mutual funds. Edelweiss Tokio Life Equity Large Cap, Edelweiss Tokio Life Equity Top 250, among others, have returned 10-18 per cent over the past year.

“ELSS is the only relevant category that compares with Ulip funds. Ulip holders do not have reason to complain, as Ulip returns have been more or less in line with ELSS performance,” says Sameer Hassija, senior investment analyst at Morningstar Investment Management.

“Rationalisation of charges has helped Ulips post better returns. Most funds have managed to net off initial charges over the past three years. Lower loads (on funds) have helped them log appreciable gains since last year,” says Sanjay Tiwari, VP (products), HDFC Life. “Ulip is a long-term insurance-cum-investment product. It yields better returns and is more cost-efficient over a longer period of time,” Tiwari adds.

Manish Kumar, EVP and chief investment officer of ICICI Prudential Life Insurance, agrees. “From the customer’s point of view, both the life insurance cover and returns are important. A Ulip acts as an instrument that facilitates goal-based savings for a customer to meet future financial obligations. Ulips offer a convenient, transparent and tax-friendly option of combining both protection and savings under one umbrella.”

Another reason for the appreciable performance of Ulips could be the ‘loading up’ of large-cap stocks across portfolios. For instance, several funds in the flexi-cap equity category have 90-95 per cent of their investments in large-cap stocks. By definition, flexi-cap funds should invest across market capitalisation. Especially since, in times of a bull run, portfolios with strong mid-cap funds tend to outperform large cap-dominated portfolios. But given the dynamism in the small- and mid-cap fund markets, Ulip fund managers tend to adopt the ‘hold’ strategy — investing in large-cap funds— as doing so means they are not faced with short-term redemption pressures.

Tax-friendly
Both ELSS and Ulips are tax-saving instruments under Section 80C of the Income Tax Act. Ulips operate like a mutual fund with a life cover thrown in. An ELSS is a diversified equity mutual fund scheme, the returns of which are tax-free at maturity. While Ulip has a five-year investment lock-in, for ELSS it is three years. The major difference is that Ulip gives you a life cover while ELSS does not. So in Ulips, life insurers deduct mortality cost for life insurance from the fund’s value. This deduction, along with a significantly higher expense ratio (compared to mutual funds) may render Ulips expensive in the short term. But life insurers argue that Ulips are a long-term investment — in the 5-10 year range.
break-page-break
“Ulip commissions have come down drastically over the past few years. From the second year onwards, the commission could be as low as 1-2 per cent,” says V. Viswanand, director and head, product solutions management, Max Life Insurance. Ulips initially charge an upfront commission of 5-10 per cent; fund houses may choose to spread this (or amortise the expense) over a period of five years. Apart from this, life insurers annually levy fund management and fund administration charges. Irda dictates that insurance firms can deduct a maximum of 3 per cent for a 10-year Ulip and 2.5 per cent for 15 years as overall charges. Ulip investors will also have to pay 1-3 per cent additional commission at the time of renewal.

“A long-term investor, say for 10 years, has access to Ulips where the overall expense ratios, including mortality charges, are in the region of 2-3 per cent. Not just that, the entire proceeds, on maturity, are tax-free in the hands of the policyholder, irrespective of the investment strategy or funds they invest in,” says Kumar.

Mutual funds, on the other hand, bear an expense ratio of 2.5 per cent, an extra total expense ratio of 20 basis points (bps), and an additional fee of 30 bps chargeable by fund houses if they can raise funds from places beyond the top 15 cities. MF distributors are also allowed to charge a nominal and optional one-time transaction charge. “With mutual funds, the expense ratio is based on the accumulated corpus, which increases significantly as the fund grows over a period of time and is much higher than Ulips,” says Viswanand.

Top mutual fund honchos, however, are not willing to buy this argument, saying life insurance firms cut a hefty ‘commission’ from the overall investible corpus, thus, causing a loss of 8-10 per cent to investors in the first year itself. “Ulips will have to beat the market by a mile or more to recover the lost portion of investments. The net result is that Ulip investors will take a longer time to see portfolio gains,” says Akshay Gupta, CEO, Peerless Mutual Fund.

From a cost point of view, a mutual fund ELSS is much cheaper than a Ulip, adds Sundeep Sikka, CEO, Reliance Mutual Fund. “Also, active stock calls prop up returns of ELSS funds over a longer time frame. Ideally, investors should take a term plan for insurance cover and opt for an ELSS fund for investment and tax-saving purposes,” he says.

Mutual fund managers attribute the underperformance of equity funds to persistent redemption by retail investors. According to the Association of Mutual Funds of India, equity mutual funds have witnessed outflows to the tune of Rs 10,800 crore over the past year. The share of the equity asset base to net industry assets under management has shrunk 3 per cent since December 2012 to 19 per cent at present.

“Fluctuating (money) flows could be the biggest reason for underperformance of equity mutual funds. Redemption pressure is coming in the way of investment decisions of fund managers,” says Gupta, adding that Ulip managers are in a better position with a steady amount of money coming in at all times. Despite outflows of Rs 1,600 crore over the past year, ELSSs manage assets worth Rs 24,000 crore.

The Bottomline
Capping of commission rates, along with a lacklustre equities market, had taken the sheen off Ulips. The contribution of Ulips across private players has come down from 90 per cent in FY10 to 40 per cent in FY13. Lower commission in Ulips prompted distributors to sell traditional insurance plans that rung in higher commission — till recently.

“But now Irda has also lowered commission rates on traditional insurance plans. This will force distributors to move back to selling Ulips. I think both ELSS and Ulips will see significant inflows this tax season — but Ulips will pocket a larger share,” says the product distribution head of a large private bank on condition of anonymity.

Despite higher returns and lower cost, wealth managers are advising investors to limit their Ulip exposure to just one equity fund. They favour ELSS as returns could be higher in the event of a market rally.

A rally in mid-cap stocks will benefit equity-linked savings schemes that have a better portfolio mix, they say.

That said, investment analysts like Hassija feel that ELSS may not be the best investment option for risk-averse investors. “Contrary to ELSS (which can only invest in equities), Ulips allow investors to decide their exposure to debt and equities,” he says. “Also, if you stay invested in Ulips longer, say 10-15 years, you may be rewarded with bonus units. This could be your compensation against units deducted during the initial years,” adds Hassija.