The USP Of A Jailhouse 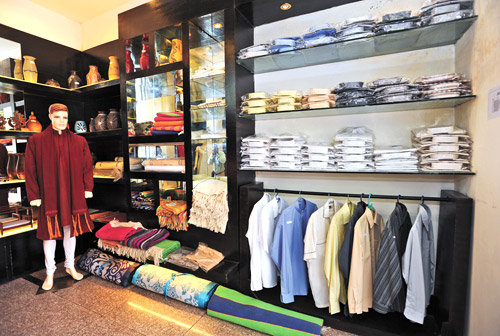 
A very busy director-general of prisons, Neeraj Kumar, explains the sudden branding thrust: "We do not want to be content with the reach the brand has just yet. We do realise that there is immense potential for it to grow." First on his agenda is being "a little more aggressive in marketing". The TJ's range is now hawked through 13 counters and shops at Delhi courts and government offices. The jail's authorities have put out advertisements in local dailies and radio channels seeking four to five large distributors who will push the brand across the city. A recent tie-up with 20 Kendriya Bhandars, the central government's co-operative chain, has made the brand more accessible. An in-house committee that oversees the business has set aside Rs 50 lakh for the brand's expansion. "You will see mobile vans in local neighbourhoods selling bakery products, files, folders and other household items within a few months," says Kumar. Being a non-commercial entity, the cost of products is much cheaper. The profit margin is 10 per cent (which goes into a welfare fund). Given the basic cost of raw materials and bare minimum labour costs, a pack of biscuits costs about Rs 17.50, while yoga mats cost Rs 85 (a pack of regular branded biscuits costs at least Rs 25; yoga mats retail at Rs 150).

The World Outside
So how does a brand like TJ's jostle for an identity? Branding expert Harish Bijoor, CEO of Harish Bijoor Consults, points to the sociological relevance. "It (Tihar Jail) has over the years become an institution much like the IITs and the IIMs. Now, with the added star value, it has great market equity. It is a terrific time for Tihar to take advantage of this USP." Bijoor may be stretching things a bit comparing Tihar's brand value to that of IITs and IIMs, but the basic approach he is proposing is sound.

break-page-break
Tihar's products have good quality control. More importantly — there is a social angle. Profits from sale go towards rehabilitation of prisoners and for relief to families of victims. Adds Bijoor: "TJ's needs to rejig itself to prove successful in the market. It needs to work on building panache." He has more by way of prescription: "They could do with distinguishing the packaging. It should not look like a ration-shop product. They should also look at merchandising built around the jail such as mugs and T-shirts. This will be more of a brand extension exercise."

But will the consumer take to TJ's? "Consumers need to be made aware of where exactly the proceeds are going. Brands like these face similar problems that any other social organisations face, like access to the right kind of branding and reach to mediums," points out Sharda Agarwal, founder director of MarketGate Consulting. "They can rely on corporate tie-ups, such as becoming preferred vendors of bakery products and furniture for corporates. This should be done with a non-monetary element to it," adds Agarwal, who has previously worked with brands such as Coca-Cola and Johnson & Johnson. Airtel has tied up with the prison to source uniforms for the school children it supports in rural India.

A walk around the prison units, which are surrounded by well-manicured lawns, gives an idea of the scale of operations. On a particularly warm afternoon, prisoners are hard at work. There are orders to be met. "The municipal corporation has just ordered 70,000 desks. We make about 500 desks a day," says Kumar.

The carpentry unit is the busiest. It engages 400-odd prisoners. In 2010, it notched up revenues of Rs 10 crore with profits of Rs 65 lakh. Work at the ‘Factory', as the working units are called, is compulsory for convicts serving rigorous imprisonment of seven years and above. On the premises, there is a well-lit and spacious TJ's outlet replete with mirrors and mannequins that showcase the wares on offer.

As we wind up our interview, a file is plonked on Kumar's desk. It is an offer from Deen Dayal Upadhyay (DDU) hospital to source bread from the TJ's bakery. "You are turning out to be lucky for us," he says. DDU has even invited TJ's to open a 250-sq. ft shop inside its Hari Nagar hospital, free of charge. Kumar signs on the papers and makes quick calls to process the deal. A shop like this will be manned by an ex-Tihar inmate. "It becomes part of our employment option for former prisoners," he says.

There is also a job vacancy at Tihar. Wanted: A brand counsellor for TJ's. Qualifications & Experience: Should not have spent time behind bars. Apply quickly.