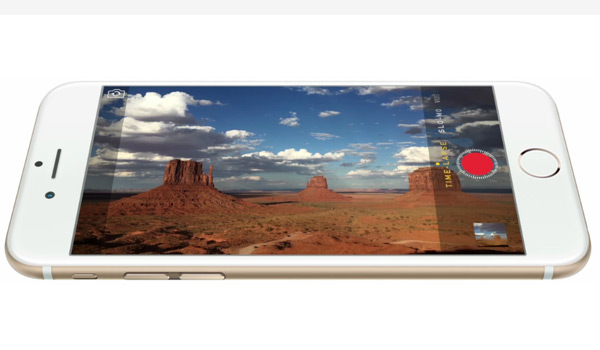 31 March, 2015
Print this article Font size -16+
Every generation along the years has had that one absolute item they did not leave home with. The last generation probably had their man purses or 'Satchels' as their now trendily called. There was a time when it was the briefcase. Now render on to a time where it was just a torch to walk through the dark roads covered with dense foliage.

It is safe to assume that the priorities have undergone considerable transformation from what it was back in the days to what it is now. Although, we do require our wallets and id, but, a vast majority would arrive at the conclusion that the one thing which supersedes even those essential commodities is a smart phone. Yes, this fancy looking, glass covered and technically evolved gadget which serves almost every imaginable purpose of today's consumer. It is the one check in the itinerary list which gets special and unparalleled attention, regular charge and utmost care. Now, there are various factors why it fits the bill for being the special child. From checking your calorie intake in the morning to getting your meeting location via GPS or making an international conference call from your car to paying your bills from your office restroom. It is that spectacular multi-purpose machine built to evoke the mind of the ideal user.

When one held the phone that now could pass for a dummy or a toy and frantically played 'Snake' on it a few years ago, we wondered if there could be a better way to pass time on a device that we used for contacting people. A little fast forward into time shows us how a modular smartphone can be easily upgraded by swapping individual components, or modules, in a plug and play style. To convey this idea in a better fashion, try visualizing upgrading a PC with a new motherboard, CPU or graphics card out with the old, in with the new, one component at a time. This is the level of evolution the smartphone industry has experienced in the last decade.

It is practically not possible to estimate or understand or even visualize the experience one ought to have with a smartphone a decade from now. But most certainly, the future looks bright. It is a very broad minded market which finally has realized its potential and its limitations to being a monopoly. No brand, operating system or device is immortal or immovable from its current foot hold - strong or weak. One cannot limit itself to users based on economy or design or application or trend. The target audience has widened and they have a lot of options. The user of today looks weighs in and invests an enormous amount of time and at times money to get what they would like to believe "a sweet deal".

Looking into the future, the mobile market is expected to reach new horizons. There was a growth rate of 26.3 per cent in smartphone shipments from 2013 to 2014 according to International Data Corporation. With 4G growing and swift internet browsing not as farfetched as it seemed, smartphones seem a very practical replacement to laptops. Coupled with that are technology set pieces like augmented reality and biometrics that ensure smartphones give you an extremely realistic option for business operations.

Virtual reality has also ascended and all age groups seem to be increasingly dependent on a smartphone. With camera quality and screen resolutions improving steadily, communication with a smart phone in all forms acquires superiority over any other technological device today. The rapid pace with which this technology is growing tells us that, 10 years from today, a user will probably be able to drive a car, move a building or who knows even mountains. The potential and promise that this industry has showcased, is second to none to say the least. On that note, let us all hope that there are bigger, better and wonderful things in store from smart phone companies in the coming years that will surely leave all of us baffled and craving innovation for more.