The Sheen Rubs Off 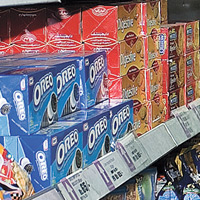 Even Shopper's Stop, which invested heavily in the furniture format, wants to take it slow with its brand, Home Stop. "Furniture is a difficult business to be in," says Govind Shirkhande, CEO of Shopper's Stop. "We have three stores. Taking it into a larger stand-alone store will completely depend on how the business picks up going forward."

Analysts say that the furniture format , which began as a high-margin business, is turning out to be a low volume business. "Two years ago, this format gave 80 per cent margins to retailers. But issues with logistics, the recession and competition from smaller vendors have made it difficult for retailers to compete," says Ajay D. Souza, head of Crisil Research. He says everyone was now moving to the furniture accessories business rather than stocking up on the real thing.