The Seven Deadly Strategic Mistakes Of The Congress 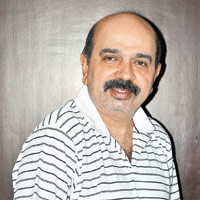 08 November, 2014
Print this article Font size -16+
Presidential elections in the US of A are contested the same way as marketers run their brand campaigns. The mechanisms of garnering votes are based on the tenets of marketing. The 2014 general elections in India were no different. The genesis of this phenomenon— of leaning on marketing templates for electoral campaign strategy — was laid down in Rajiv Gandhi’s time, but it transcended into a matured process only now. Ironically, it is the opponents of Rajiv’s inheritors who played the game better.

Abki Baar Modi Sarkar! They did it.
Over the next few weeks, as Narendra Modi gets into governance mode, we will be inundated with analyses of all that he and his team did right — strategically. Not much is going to be written about the strategy adopted by the Congress and the gaps in it. So, we thought, we should dig deep into its strategy and figure out the gaps.

Gap#1: The soul of all marketing strategies is a simple principle — ‘go where the people are, the numbers will follow’. Congress just wasn’t there, where people were. Their rallies, even those of Rahul Gandhi, were not well attended. In contrast, Modi addressed 437 big rallies, had 5,827 structured interfaces with the public (all well attended) since September.

Gap#2: Congress did not think much of social media, even though there were 150 million first-time voters this time, and most of them with access to smart devices. In contrast, Modi leveraged social media platforms well (he has 4.1 million followers on Twitter alone). The fact that his tweets became news in the conventional media, only amplified BJP’s messaging.

Gap#3: If one were to examine Congress’s identity through Kapferer’s brand-identity prism, the most appropriate tool to build the identity of a political outfit, one will find Congress failing miserably on ‘culture’. Congress was seen as a party where sycophancy was a virtue and allotment of tickets was a payback to the flunkies. Rahul Gandhi came up with the noble idea of ‘primaries’, which could have been a positive on ‘culture’, but confining it to just 15 constituencies made a mockery of it. Nothing was done to control the damage, and ‘culture’ was dented big time. BJP, on the other hand, built an image of a disciplined, value-based, hierarchical yet open culture.

Gap#4: Congress’s understanding of the target audience was completely wrong. With estimates of the under-35 voter hovering around 40 per cent of the electorate, youth was a potent constituency. Any marketer will tell you that ‘youth’ isn’t about age — it’s about ‘youthfulness’. Modi charmed the youth proficiently, while the Congress behaved like this fuddy-duddy party from my grand-dad’s era.

Gap#5: Effective story-telling is the essence of any worthy marketing communication. Congress’s campaigns were too polite or were attempting to tell stories (of the divisive nature of the opponent) that not many were willing to believe. The opponents of Congress were more direct, candid and narrated stories that struck a chord.

Gap#6: Consumer loyalty is not something most brands talk of nowadays. The focus has shifted to ‘being relevant’. Congress kept appeasing its traditional vote banks, trying to invoke loyalty, when loyalty is a dying concept. BJP, on the other hand, focused on being relevant.

Gap#7: We are living in an era of engagement. The focus is on outreach programmes that engage consumers. Congress failed to engage with the electorate at the ground level. It could not mobilise enough foot soldiers to engage with the voters.

The author is the founder director of Behind the Moon, a brand consultancy