The Rise Of The Marwaris 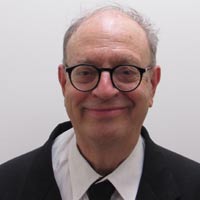 08 November, 2014
Print this article Font size -16+
Why the Marwaris? How did the idea of researching the Marwaris come to you?
The present book was in response to a suggestion by Gurcharan Das that I update my 1978 book on the Marwaris. As I told him both the Marwaris and India as well as thinking about commercial communities and business groups had changed a lot since 1978 so I had to review the mass of literature which had emerged and check back in the field with some Marwari friends.

When I went to college at Harvard among my interests was one in India -- I took several courses and a summer fellowship to study Hindi at the University of Pennsylvannia. When I graduated I wanted to work in the field, and after some searching arranged to go to India for two years in the Peace Corps as a poultry extension volunteer working in the rural parts of Agra District. While there I got to know several older Hindi writers who gave me a couple of introductions in Kolkata when I went on my Bharat Yatra. The most prominent were Ram Sharma and Benarsidas Chaturvedi both of whom had run Vishal Bharat, the Hindi publication of Modern Review in Kokata. They introduced me to friends to visit when I went to Kolkata. These friends were not surprisingly Marwari connected and located in Bara Bazaar. I was intrigued with the relations between Hindi, the Nationalist movement, and Marwaris.

Tell us something about the people you met, or the books you researched for this.
Once I had selected the topic I reached out in any direction I could and with much assistance found many useful resources. Among the prime ones were the ledgers of TaraChand Ghanshyamdas, one of the great historic Marwari firms, provided me by their heirs, especially J.P. Poddar and his daughter-in-law Bimla Poddar. I also located initially through the assistance of Stanley Kochanek, a student of Indian business and politics, a set of books published in the 1930s containing numerous biographies and family histories of Marwari communities. I was able to extend these by searching out their sources -- the authors and their heirs in India. Among these for example was Rishi Jaimini Kaushik ‘Barua’ in Kolkata for example. (The name is a takhallus, he was a Punjabi.) All of the sources are noted in my 1978 book.
What are the interesting lessons from Marwaris the one can apply in corporate India according to you? And what makes the Marwaris really successful in business?
To some extent that is the theme of the entire book - but the general answer lies in the development of the kinds of attitudes, skills and support systems that commercial communities in general have, and at which the Marwaris are particularly successful. This obviously leads to your next question.

There are Reddys in Andhra Pradesh or Vokkaligas of Karnataka who are known to be inclined toward business. Will these communities still hold any relevance in the B-School educated new India.

This is precisely one of those questions on which a lot has happened since 1978. In general, business communities including the Marwaris continue to provide many successful businessmen though their role is less dominant. Harish Damodaran has a whole book on the new business entrepreneurs including a lot on the Reddy's.

What other communities or business oriented groups interest you the way the Marwari community did?
As a category the business community, and not only in India, has been of interest to many analysts. It is only one such category. There have been all sorts of studies of many of these all over the world and their relationship to business. But there are lots of other ways to slice up business sociology and institutions. Just as much as a study of the Marwaris my book is a study of social change, genealogically, by looking how a social group changes over time. It is also a study about how family firms and business groups operate. Contemporary with my study of Marwaris, Pradip Sinha asked me to do a book on the Baghdadi Jews of Calcutta since I knew something about the relevant sources and I published something on them. What someone should be doing is studying the social and institutional understructure of cyber India. I think several of the groups would cooperate.

What are you working on at the moment?
Two answers. I am revising a manuscript of a book that represents things I have been doing for several decades benchmarking Indian development as a whole against China, Indonesia, Bangladesh, Nigeria and the US and regional development in India against regional development in neighbouring countries and those countries. I am also doing a study of the attitude toward interest in various religious traditions. I have published on all of these things over the last several decades.

But my prime source of earned income is as a consultant -- I did an assignment on microfinance in Bosnia for the IFC and another on Islamic finance in Indonesia. And naturally I continue to write and publish on these things too. I have not updated it in a year but many of my things are on my personal website, www.timberg.us.

What are you reading now?
This weekend it's A People's Tragedy: The Russian Revolution: 1891-1924 by Orvil Figes; Outcast by Shimon Ballas a Hebrew novel about a Jewish Convert to Islam who was a key Baathist leader. I just reviewed William Easterly's new book 'The Tyranny of Experts: Economists, Dictators, and the Forgotten Rights of the Poor' for Nathan Associates, a firm with which I am associated has posted that on its website.

E-books or paper format?
Both, though I will confess I usually use the e-format when it is cheaper or quicker. I get my Economist and Financial Times in e-form, my economic journals in both forms. The books I have on my iPad at the moment are -- General Jacobs autobiography, a study of Malevich (a Russian painter), some guides to Montenegro and Austria. But I have Figes out from the local public library, and the only way to get Ballas was to order him on the web.