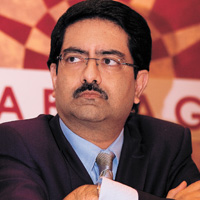 In December 2010, the Canadian aluminium-rolled products maker raised $4.8 billion for refinancing its loans and paying return of capital to Hindalco. Though the move dented the third quarter financial performance of Novelis and reflected a net loss of $46 million, the deck is more or less clear for a leap.

In financial year 2010-11, Novelis plans to achieve an Ebitda (earnings before interest, taxes, depreciation and amortisation) of $1 billion. According to financial services advisories Citi and Edelweiss Capital, the Ebitda is expected to be a bit higher at $1.08 billion, against the initial estimate of $1 billion. Novelis' performance has been welcomed by Indian investors and the share price of BSE-listed Hindalco has gone up four times since the financial downturn to reach above Rs 200 a share in the first week of March.

New Strategies
"Novelis's cash flows have begun to improve due to a restructuring, expiry of price ceiling contracts and the return of pricing power due to changing industry dynamics," says a recent report authored by Sanjay Jain and Tushar Chaudhari of Motilal Oswal Securities. Novelis' disastrous cans supply contract expired at the end of 2009, and it has eventually brought it back to profitability (beverage cans accounts for 54 per cent of Novelis' revenues). The can price sealing contract signed in 2005 with PepsiCo and Coca-Cola had restricted the company to a price not higher than that on the London Metal Exchange (LME) at the time of the signing of the contract.

So, when the aluminium price shot up to more than 60 per cent in the subsequent period, the Canadian firm was buying it at a higher price and selling its products to PepsiCo and Coca-Cola at a lower price. As per the revised contracts with the cola giants, the price fluctuation of its raw material aluminium is partly passed on to customers and Novelis' profits are earned from the efficiency of its rolling operations.

Over the next five years, Novelis expects the flat-rolled aluminium product market (mainly cola cans) to grow at around 34 per cent. To capture this growth, the company is initially looking at increasing its capacity by over 20 per cent through de-bottlenecking (increasing throughput with the minimum possible investment) and expanding its plant in Brazil. The work is progressing, says Hindalco's managing director Debu Bhattacharya. The cost of additional capacity is $400 million — $300 million for the Brazil project and $100 million for de-bottlenecking, while a greenfield plant to add this capacity would cost $310 million.

Novelis's management says the company is committed to significantly investing in the business globally over the next few years. In India, the company will operate its first plant at Hirakud in Orissa by October this year. The plant is Novelis's dismantled Rogerstone plant (in the UK) that was shipped to India. In two phases, the company plans to set up a 500,000-tonne per year plant. It will spend Rs 600 crore for the first phase of its construction. Novelis could produce can-body stock, a major product of the company for both the domestic and export markets, from Hirakud.


The Brazil expansion will increase the plant's capacity by more than 50 per cent to over 600,000 tonnes per year. The project includes the addition of a third cold rolling mill, a new ingot casting centre, a new pusher furnace for the hot-rolling mill and various ancillary improvements. The expansion is expected to be completed by the end of 2012.

Striking It Right
The acquisition of the Canadian can-maker was argued to be an expensive buy for Birla in 2007. The company was in losses, input costs were rising, and long-term contracts were burning a hole into its balance sheet. But the group set it right through cost cuts.
"Our cost savings target of $140 million a year was set in FY09. We reached and surpassed this annualised cost-out target two quarters ahead of schedule (this financial year). We continue to focus on cost-out and efficiency gains across the Novelis system as a critical part of our success," says Bhattacharya.

During the downturn when global demand fell below production, the company undertook major cost-cutting measures. As part of these, it closed down its loss-making capacities such as Rogerstone (Wales, the UK), Bridgnorth (UK), alumina refinery in Brazil and, more recently, the Aratu Smelter also in Brazil. The move resulted in the laying off 10 per cent of the company's full time employees.

Further, input costs were cut with operational efficiency. In late 2008, Hindalco refinanced a $1-billion loan taken to buy Novelis, lowering the interest burden. Moreover, to help reduce the duplication of processes, the ‘One Novelis' programme was introduced to connect all its managers in 11 countries.

Two In One
Though Hindalco and Novelis have different product portfolios, there is an interesting link between their businesses. Hindalco's finished product is aluminium, which is the raw material Novelis uses to make stock for cans and auto parts. This ensures a perfect synergy for their operations in India.

At present, Novelis is the largest buyer of aluminium in the world — the company buys 2.75 million tonnes of aluminium every year, and then fabricates it into flat-rolled products. Nevertheless, the massive domestic expansion of Hindalco will help Novelis enhance its base in India, which is essentially a low-cost, expenditure-driven market.


Novelis, which supplies premium aluminium sheet and foil products to automotive, transportation, packaging, construction, industrial, electronics and printing markets throughout North America, Europe, Asia and South America, had posted a revenue of $8.7 billion and a profit of $405 million in fiscal 2009-10. The company was bleeding with a $1.9-billion loss in the previous fiscal owing to global recession and falling liquidity.

Getting MoneyIn
Even as the company maximises itsoperational efficiency, it is aiming at getting its math right. Novelis, which is the world leader in aluminium-rolled products with a 19-per cent market share, has raised about $4.8 billion in loans for refinancing its previous $2.4-billion debt and paid $1.7 billion as return of capital to Hindalco. The amount that Hindalco has received has been used for clearing the $1-billion debt, while the balance has been utilised for capital expansion. Hindalco is investing Rs 7,500 crore towards capex this fiscal and Rs 10,000 crore in the next. Hindalco is in an expansion mode with a capex of Rs 40,000 crore, said Kumar Mangalam Birla in the last shareholders' meet in September 2010.

With the raising of new funds and repayment to Hindalco, the net debt of Novelis has increased by $1.8 billion to $3.9 billion, according to Motilal Oswal. Novelis has raised $2.5 billion through issue of senior unsecured notes, maturing in 2017 and 2020. The interest will be paid semi-annually beginning 15 June 2011. Also, it has entered into a new $1.5-billion secured term loan facility to pay return of capital. Along with these transactions, the firm replaced its existing $800-million asset-based loan (ABL) with a new credit facility.

"The refinancing provides us with increased flexibility to address growth opportunities to further strengthen our global footprint," says Steve Fisher, chief financial officer of Novelis. "Our ability to raise $4.8 billion of debt and optimise our balance sheet is a testament to all the actions we have taken over the past two years."

Though it has adequate liquidity and free cash flows, the company has chosen to recapitalise its balance sheet to get more time to repay debts and help its parent in its expansion plans, says Prasad Baji, senior vice-president at Edelweiss Securities. "With the return of capital payment, the additional paid-up capital in Novelis has been reduced to $1.8 billion from $3.5 billion."

The monies from Novelis will take care of a big chunk of Hindalco's equity needs, leaving it with a smaller portion to raise for the expansion. In the consolidated accounts, the amount will still reflect as debt.

However, Hindalco's idea of using Novelis to raise funds leaves its standalone balance sheet lean, giving it the leeway to raise debt for the Rs 40,000-crore expansion plan, with a lower debt-to-equity ratio.

In its standalone balance sheet, Hindalco's debt as of March 2010 fell to Rs 6,356 crore from Rs 8,324 crore, but has risen to Rs 7,489 crore as of 30 September, reflecting ongoing capital investments. Of its total projects worth $8.7 billion, about $5 billion worth of projects are in the advanced stages and require funding. It had spent $1.6 billion till September on these projects and was planning to raise debt for the rest.
Baji says currently there is a mismatch in the supply of rolled products and their demand. This situation may help Novelis grow at 20-25 per cent annually and play a part in the group's plan to grow the revenue to $60 billion in five years as its chairman wishes.