The Next Wave Of Rural Growth Is Here — Are You? 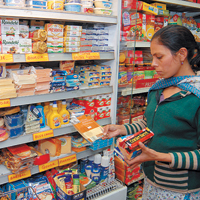 So what's changed? A closer look at the fastest growing states shows a clear point of departure in more recent times and all signs point to a stronger and more perceptible impact of governmental stimulus in these states.While more prosperous states like Punjab, Haryana, Gujarat and Maharashtra continue to indicate a stable growth trend, states that were previously fettered by more anemic growth rates have now come into their own. For instance, markets like rural Bihar, UP, MP, Orissa etc. are witnessing stronger growths.

To drive the growth of a large geographic remit however requires both scale and speed. In order to identify the next wave of rural growth requires a focus on large, populous states that have managed to acquire greater pace.This requires looking at markets that contribute a significant proportion to rural India's FMCG growth and, due to the high rate that they are growing, are also contributing disproportionately to overall growth as well. For instance, Chhattisgarh, despite its impressive growth rate, contributes no more than 1.5 per cent  to India's overall rural FMCG market and therefore doesn't make the list of growth drivers. While Maharashtra, though not in the list of the top 10 fastest growing markets, is driving growth for rural FMCG, due its sheer size with a contribution of 11 per cent to India's FMCG market.

In the list of growth drivers, again, states that were previously considered weaker markets in terms of growths now see themselves alongside relatively prosperous peers. The markets of UP, West Bengal, Karnataka, Orissa and MP for instance all find themselves surging forward with high double digit growth rates despite their large absolute size and contribution to the Indian FMCG market.

While evaluating markets for growth, it is natural to look at overall growth rates for evidence of evolution but the underlying factors remain critical to business. The rural consumer is transforming rapidly across states. With growing confidence and a sense of certain, tangible progress, the rural mindset is now open to private consumption in newer, more contemporary forms. Whether it is consumption of cream-biscuits and cookies, indulgence in ready to cook noodles or the usage of colored powder hair dyes, the age of individual gratification is gradually, but certainly replacing frugality and austerity. This more than anything is the leading indicator of things to come. As companies identify latent and emerging needs that are defined by consumers, and reformulate their distribution and channel strategies to align with the new 'Demand Chain', the rural market for products and services is set to scale previously unachieved heights.