The Looming Threat Of 'Online Television' 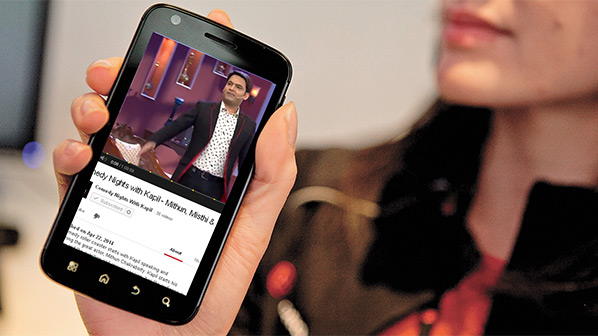 08 November, 2014
Print this article Font size -16+
How big are 'Over-the-Top' (OTT) video services that use broadband connections rather than cable or satellite to deliver video programmes? Broadcasters assembled in Bali for the Asia-Pacific Pay TV Broadcasters Summit (APOS 2014) saw both announcements and debates. Announcements revealed that traditional broadcasters were now increasingly exploring launching their content through online services; and that these OTT services are beginning to be seen as complimentary rather than competitive to traditional TV broadcasting. On the other hand, there was the threat too of rogue OTT operators using broadband to deliver pirated content that could eat away as much as 25 percent of Pay TV's revenues.
The big reminder to the assembled broadcasters ranging from Disney and Turner to Newscorp's and Viacom's dozens of affiliates at Bali was the deal announced this Tuesday between the Peter Chernin investment group and AT&T creating a $500 million investment vehicle to buy and develop companies providing online video services. These companies will provide video on demand and streaming services and earn revenue from subscription and advertising. Along with capital, the Chernin Group is also contributing its majority stake in Crunchyroll, a subscription video on demand service, into the investment vehicle.

Peter Chernin, a former president at News Corp and one of the star speakers at the Bali conference, spoke of the increasing use of broadband as the new platform to deliver news and entertainment. He also spoke of the CA Media, his Asian media investment fund, picking up a substantial stake in the Jet media group of Indonesia in days to come.

The initiative with AT&T came about after Peter Chernin lost his bid to buy Hulu, a strong video online streaming service. After a long period of sale negotiations with Chernin last year, the Hulu owners reversed their decision and chose to increase their investment in the business. "This is not a venture just to try and do a Hulu, or just to try and duplicate Hulu," Mr. Chernin said in an interview on Tuesday. "Our primary focus is to build operating companies."

Bali was also the platform on which Viacom International Media Networks announced that it was launching Nickelodeon's 'My Nick Jr' online as a personalized on-demand programming service in China through SMIT, a Hong Kong-headquartered digital tech company that provides OTT services for the pay-TV industry. The service will be available to subscribers of its OTT internet video service platform iVmall, which will roll-out My Nick Jr. for iOS and Android apps and on a dedicated website by mid-2014.

My Nick Jr is an interactive TV platform, which features both scheduled programming and on-demand options, and lets parents customize video playlists for their preschool child based on 11 educational themes, such as problem solving, math and language.

How big are the online OTT services a threat to traditional Pay TV delivered over cable or satellite? According to Anil Khera, who heads Videocon's DTH platform in India called d2h, broadband reach is barely 15 percent in the country, and therefore such online video services have miniscule impact. In another session at Bali, Edgar Spielman, COO of Fox International Channels for Latin America, said of the South American continent's 150 million Pay TV homes, 64 million or 35 percent had broadband access. He further revealed that online OTT services were already claiming $500 million revenue annually compared to Pay TV's $23 billion a year - just 2 percent now but clawing their way up.

On the other hand, China is in a different league where online services have been galloping. According to a new report by The China Internet Network Information Center (CNNIC), 247 out of nearly 500 million Chinese mobile users now watch videos online in China.

Speakers also warned that if Pay TV operators did not occupy and clean up the online space, they will be leaving it open to the pirates to exploit. Keith Huang, VP Technology of Hong Kong's Now TV, said at a session that China was seeing an explosion of online piracy with 10 million OTT boxes providing pirated content especially popular TV series and films as VOD services and magazines flooding the market telling consumers how to use these 'black boxes'. He said 28 percent of all live sports programmes viewed on the internet in Hong Kong are pirated. Pirated content in Asia accounted for 37.2 percent of the internet bandwidth, as compared to 12.4 percent for North America and Europe 21.7.
Tags assigned to this article:
more 4 gurbir singh internet web exclusive broadband at and t ott asia pacific operators summit media partners asia peter chernin group asia-pacific pay tv broadcasters summit tv broadcasting