The Long Route To Travel Reforms 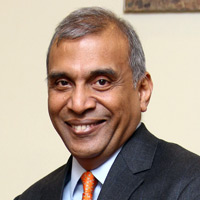 08 November, 2014
Print this article Font size -16+
Travel and Tourism is the world's largest industry in terms of employment and holds immense potential for the Indian economy. It can provide impetus to other industries through backward and forward linkages and can contribute significantly to India's GDP. With increasing globalisation and opening of the Indian economy to the world, travel and tourism is gaining momentum. It is one of the major upcoming sectors with great potential for growth along with the ability to bring in a huge amount of foreign exchange for the country.

The industry provides large number of jobs in diverse areas through various related fields: in the last six years, it has created 11 million jobs and has the potential to create another 37 million jobs (estimated by the NSSO, Ministry of Tourism) of the 120 million projected requirement by 2020. It is imperative then that the government effectively capitalises on the strong potential of the Tourism Industry through the Union Budget 2013.

Inbound Tourism
The travel industry is one of the key employers and contributors to the exchequer. However, it is truly handicapped today. Be it multiple taxation to varying tax levels imposed by state governments, the Inbound travel business is rendered both expensive and challenging.
Reforms are a must and we would like to propose the following:
Domestic Tourism
Reforms are equally vital to ensure we capitalise on Domestic Tourism, and key to the agenda are the following:
Foreign Exchange
Since Foreign exchange is key to a country's reserves, specific incentives for money changing transactions are of grave importance
(Madhavan Menon, Managing Director, Thomas Cook (India)
Tags assigned to this article:
taxation travel forex tourism thomas cook othertop1 union budget 2013 bd13_cxocorner madhavan menon