The Gabon Deal And Its Spin-offs 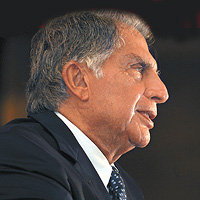 To close the deal, Tata Chemicals needs to raise Rs 663 crore from internal resources. Currently, it has Rs 363 crore that it raised last year from parent Tata Sons through preferential allotment of shares. For the remaining, it plans to sell part of its investments in group companies. The company will also raise debt to complete the transaction. A second supplementary deal in the pipeline will be a marketing joint venture (JV). The same equity partners in the greenfield plant — Singapore-based Olam International and the government of Gabon — along with Tata Chemicals will hold stakes in the JV.

Tata Chemicals and Olam will have 42.5 per cent stake each and Gabon will hold 15 per cent. Once the 1.3-mtpa plant goes on-stream in 2015, Tata Chemicals will have the right to bring 25 per cent of the production to India. Since the distance between Gabon and Mumbai is only about 7,100 nautical miles, it will be a cheaper proposition.

Execution of the third deal may take a few years. In the second phase (stream-II), the partners will construct another 1.3-mtpa plant, taking the total capacity to 2.6 mtpa. But the stakeholding of the partners would be different in stream-II. Tata Chemicals has the option to hold up to 50 per cent. "If the present agreement changes, we may hold controlling stake in the JV," says P.K. Ghosh, executive director and CFO of Tata Chemicals.

Tata Chemicals' aggressive expansion is in line with the fast growth in other group companies such as Tata Steel (which acquired Anglo-Dutch steelmaker Corus in 2007) and Tata Motors (which acquired Jaguar and Land Rover from Ford in 2008). Ratan Tata, chairman of the group, has in the past repeatedly mentioned his intentions to expand the group's businesses globally — 60 per cent of the group's revenue  comes from overseas at present.

Also, overseas acquisitions are not new to Tata Chemicals, now the second-largest producer of soda ash in the world. It has made five overseas acquisitions in the past three years — about 40 per cent of its revenue comes from overseas markets. The stake purchase in stream-I will add about $85 million to Tata Chemicals' earnings before interest, depreciation, tax and amortisation (Ebidta). Unlike Ebidta margins of similar projects, which is $30-60 per tonne, the Gabon plant's margins would be $230 a tonne owing to the lower input costs, says Ghosh. The Gabon government is offering 1.5 trillion cubic feet (tcf) of natural gas for the production, which is priced below $1 per million British thermal unit (mBtu), for 25 years. In India, Reliance Industries is selling gas from its KG D6 basin at over $4.5 per mBtu. Also, Gabon offers a tax holiday of 10 years for the plant and 10 per cent tax after that.

According to the deal, Tata Chemicals will construct the plant, besides handling its operation and maintenance. Olam will hold 62.9 per cent in stream-I after the deal. The government's stake would be 12 per cent. For Tata Chemicals, it is a small step for the giant leap.