The Future Of Supply Chain 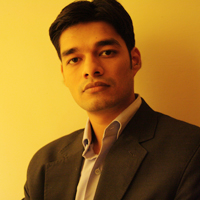 Finally it is the consumers also who want to know more about the origins of the products they use. The outbreak of suicides at the Foxconn facility which manufactures products for Apple caught sudden headlines. It has been compared to the Nike moment in 1990s when the plight of shoe workers in Asian factories of Nike led to consumer displeasure for Nike products as Businessweek reports. Transparency will lead to greater accountability which will also minimise such branding risks. Responsibility within supply chains will also be improved as they become more transparent to customers.

The focus is also shifting from squeezing out lower costs from suppliers towards sharing risks and rewards with suppliers. According to a PWC survey 40 per cent of the CEOs globally expect most of their innovations to be co-developed with their suppliers. Co-development i.e. a collaborative effort between the supplier and end manufacturer inherently shares the risk and rewards of a deal. In fact the recent souring of a supply deal between telecom operator Telecom New Zealand and Brightstar over pricing issue has led to a renegotiated deal. The renegotiated deal brings risk and reward sharing into the contract as stuff reports. Co-development model also allows the end manufacturer to promote innovation throughout the supply chain. In fact some of the most cutting edge innovative product lines are being taken up by companies through co-development process with suppliers like Tesla motors and Toyota motors are cooperating on electric vehicles as msnbc reports. Ford co-developed with WhereNet a wireless vehicle inventory management system that will optimise Ford's supply chain operations and save Ford $200,000 - $500,000 per facility as reported here.

Globally the companies have begun to realise these trends and are moving towards creating such future ready supply chains. There are both early movers and late movers. Movers like Nokia which discloses its supplier assessments and targets or Apple which recently came out with its supplier responsibility report have also figured in the top slots of Gartner's top 25 global supply chain ranking.  It is important in this scenario that more and more companies figure out how transformations such as these can add more value going forward.

Yash Saxena is a sustainability consultant with Emergent Ventures, a climate change mitigating consultancy. He also works on innovation evangelism with Techpedia