The Future Of NCR 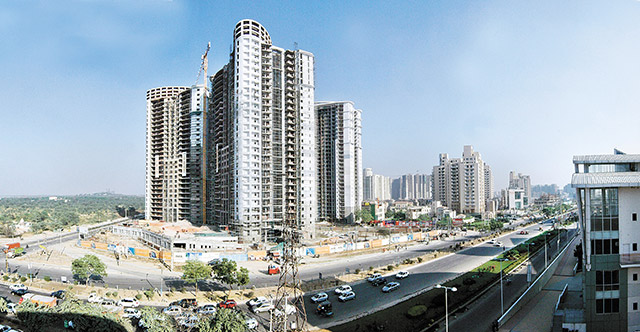 25 February, 2015
Print this article Font size -16+
As per recent surveys of PropIndex, the real estate market in NCR is being impacted by the gradually declining demands of premium properties. However, this drop in demand for properties priced at Rs 1 crore or above has raised the prospects for an emerging market for affordable properties. Not only are the demands declining, the declining supply, along with it has indicated the gradual shift of this market to affordable real estate properties.

A number of reasons are backing up this deviation of the market. Properties under premium range are saturated in NCR area, while many developers have already invested in premium real estate development. The investors seem to be reluctant currently, as they are looking for a shrink in price, owing to the stagnation in this market. In addition to this, since many large projects are being halted due to legal sanctions, an uncertainty have emerged restricting further investments in developing projects. In areas such as Gurgaon, the scenario is backed up by new policies to improve affordable housing segment. On the other hand, in Delhi region, the factors are multiple, rooted in budget, labor cost and so on. At developers end, even though they endeavored to provide a range of affordable housing, low profit margin in this segment has made them to limit their investments. The increasing price of construction materials has also contributed to the backdrop.

As of now, properties in the slot between INR 25 lakh to INR 40 lakh are becoming an upbeat trend in the real estate market. In Noida, the government initiatives to promote affordable housing have been a driving factor for this market. CREDAI, Confederation of Real Estate Development Associations of India has started initiatives to promote affordable housing in NCR area. This is a Public Private Partnership, where projects will be developed on lands provided by the government. Under this scheme, 1 lakh apartments will be provided. This scheme is an apparent blow to the luxury real estate sector. However, a number of private developers have come out to work with collaboration. This initiative, apart from providing opportunities for middle and lower income groups will also provide a good platform for builders and developers.  In contrast to luxury apartments, these are easier to sell. Hence, they are expected to provide higher turnover within short period. This would also address the shortage in urban housing of the country that stands at around 18%.

Factors such as national economy and inflation have influenced the reality sector in NCR area. Gurgaon has been a hub for high-end property. However, a rapidly emerging market for properties between INR 10 to 20 lakhs has deemed the cities’ previous momentum for luxury housing. Developers have collaborated with the government to provide housing within this section. According to reports, hundreds of developers are coming forward for this proposition. Prominent developers such as the DLF have also bid for these projects.

Other developers such as Supertech, Raheja Developers, SRS, Ramada and other forerunners has come forward for developing the range of affordable housing. An amount of INR 700 crores will be invested by Supertech in affordable housing sector in Gurgaon. Sector 79 and 79B has been the developed with 1,976 apartments that are allotted to public through lucky draws. The Raheja Group is developing Krishna Housing Scheme, at sector 14, Sohna. Cost of these apartments would be between INR 15 to 23 lakh.

There is a huge gap between demand and supply of affordable housing. According to industry experts, the demand is in the range of millions while the supply is just in the range of thousand. These will prove to be a major advantage for real estate developers. Affordable housing policy notified in 2013 indicated the range of INR 43,000 per square meter. This figure stands at INR 4000 per square feet. Individual housing area will range from 28 to 60 square meters. These are fixed for areas comprising Gurgaon, Faridabad, Panchkula and Pinjore. The total area under a single project is allotted between 5 to 10 acres. Any project is to be completed within four years according to the scheme. Charges such as license fees are infrastructure development charges are waived off.

The recent initiative by government, “Housing for all by 2022” is expected to be a further boost to affordable housing. This is also expected to reinforce the RMBS (Residential Mortgage backed Securities) market. Insurance in this market raised to INR 5,300 crore. Liberalized norms for FDI in affordable housing sector have created new avenues for investment in this sector. The investment cap is being reduced to USD 10 million. In addition to this, loan blocks by Housing finance companies will be enhanced by 20% to 22% in the current year.

Although, luxury residential real estates are available in the market, the new trend of development is inclined towards a range of low cost affordable houses. This would influence the infrastructure development of the nation leveraging the rising middle class.