The Economics Of Living In 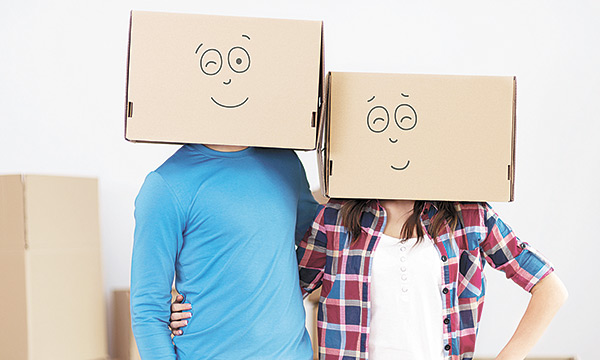 08 November, 2014
Print this article Font size -16+
Ragini saw many qualities in Mohit that were missing in her abusive husband, who she divorced a couple of years ago (names changed to protect privacy). Mohit was easygoing: he wasn’t finicky about the creases on his shirt, didn’t mind sitting on the sands of Juhu Beach, devoured street food at Khau Galli near Churchgate station, and had time for a movie or a couple of beers at Jughead’s in Khar.

Ragini also liked Mohit for his take-life-as-it-comes attitude. He was in no rush to settle down. That, perhaps, explained his vocation as a freelance architect and landscaper. Marriage didn’t hold any special charm for Ragini either. So, both decided to move in together but without any of the bonds that a marriage brings.

Both Ragini and Mohit loved their free lives, yet drew comfort from living together. They earned well, and chipped in to meet their living and recreational expenses. But within just a year of living together, it appeared to Ragini that Mohit was taking more ‘breaks’ from work than usual. He wasn’t accepting many of the numerous assignments that came his way.

Mohit spent most of his time lazing about, sleeping, watching classic movies and guzzling crate-loads of beer. A few months down the line, Mohit’s contribution towards house rent and groceries also stopped. The comfortable intimacy the duo had shared evaporated into thin air.

Ragini realised that he was not living with her, but living on her. Finally, matters came to a head and Ragini asked Mohit to leave. They had lived together for only two years.

Dr Rajan Bhonsle of Mumbai-based family counselling centre Heart To Heart Foundation, who counselled Ragini, says: “Mohit wanted an easy life and somehow thought Ragini would take care of his monetary requirements. Ragini, on the other hand, was fiercely independent. She wanted to be financially secure, so she was very careful about spending money. Finance, in a way, drove a wedge between the two.”

While differences are commonplace in any relationship, for live-in couples, monetary differences can create a lot of ill-feeling. “Live-in partners may often have contradictory views about money. Women (or men) from modest backgrounds attach a lot of importance to money. They like to be in control over finances. They may not like a joint account or joint investment portfolio with the live-in partner. Such predilections could shatter such relationships,” says Bhonsle.

Recognised By Law
Two individuals usually get into a live-in relationship either because they do not want to get married or are under social compulsions to not get married the way they want to.

The trend of living in is catching on across India, and even among senior citizens. Seniors whose spouses have died often look for companionship, and many prefer live-in relationships as a remarriage could lead to termination of financial benefits like pension (deceased spouse’s pension passed over) or property inherited from a deceased spouse.

“We have several elders (in the 60-80 age group) who are looking for pure companionship. In fact, 10-15 per cent of the profiles loaded (by seniors) on our website 2ndinnings.in are for finding live-in partners,” says Avani Maniar, senior family and community sciences lecturer at Maharaja Sayajirao University, Vadodara.

A live-in relationship, which involves love, care, respect and even physical intimacy over a long duration, is now legal.

According to Savitri Dadhich, partner at legal firm Dastur, Dadhich & Kalambi, the Domestic Violence Act, 2005 recognises the rights of women in live-in relationships. The Act provides protection to the woman if the relationship is “in the nature of marriage”.

Geetanjali Dutta, a Mumbai-based lawyer with expertise in family law, cites a Maharashtra government proposal which suggests that a woman in a live-in relationship for a “reasonable period” should get the status of a wife. “Whether the period is ‘reasonable’ or not will be determined on a case-to-case basis.”

According to a Supreme Court ruling, a live-in relationship should be considered “a relationship in the nature of marriage” if the couple hold themselves out to society as being spouses for a significant period of time and have lived together in a “shared household”.

The court makes it clear that spending weekends together or a one-night stand would not make for a “domestic relationship”. It has also clarified that if a man has a ‘keep’ (mistress or a servant) whom he supports financially and mainly has a sexual relationship with, it does not constitute a relationship in the nature of marriage.

As per a recent Madras High Court ruling, if any unmarried couple of the right legal age chooses “to consummate their sexual cravings, then that act becomes a total commitment”. This, in a way, implies that if an unmarried couple has a sexual relationship, it could be considered a valid marriage.
break-page-break
“A live-in relationship is nothing but a marriage with a different face, liabilities and responsibilities. Hindu law has evolved mainly out of customs. With changing times, it will cover rights for women in live-in relationships, depending upon facts from case to case,” says Dadhich.

Courts Weigh In
The court rulings mostly focus on the vulnerable position of the female partner. There are riders framed specifically to protect women, and children, in live-in relationships.

The legal cover for such a child extends beyond the scope of the relationship between the mother and father. If the couple decide to move out of the live-in relationship, the court could intervene on the child’s behalf. “It may appoint a guardian to secure the child’s rights. The child is entitled to get a share in the property of both parents,” says Dutta.

A woman in a live-in relationship has the right to seek maintenance for the child and herself from the male partner. But stringent conditions apply.

Lawyers explain that if an unmarried man gets into a live-in relationship and begets a child, maintenance rights can be claimed for both the child and the mother. But if the man is married, it can be claimed for only the child. One must remember that adultery is illegal.

Live-in partners can also bequeath property between themselves, but the will may have to be proved in court as valid and genuine, if challenged.

Also, more and more couples are writing out agreements before starting to live together. These list out details such as the nature of the relationship, asset and facility-sharing rights, expenses-sharing schedule, walkout riders, etc. “In case of a dispute, such agreements — also known as maitray karars (or friendship agreements) — could be considered by the courts to ascertain the duration and nature of the relationship,” says Dutta.

As of now, the law for live-in couples is heavily tilted towards women; the men don’t have any rights.

Banking Hurdle
Even if live-in relationships have legal sanctity now, the financial barriers remain. No financial services institution considers live-in relationships on a par with marriage. Live-in couples can have joint bank accounts or act as beneficiaries to each other’s insurance claims, but banks and insurers have reasons to decline services or facilities to them.

Live-in couples, according to senior executives of two leading banks, can open a joint bank account and operate it under the ‘either or survivor’ clause. But the nominee of the account should be a third person. Also, the couple cannot nominate trusts or associations as beneficiaries to such an account.

Lenders don’t consider live-in couples for a joint home loan. “This is because there is no permanency in their relationship. What if they just decide to part some day? They may not even want to accept the loan liability. As a lender, we do not want to end up holding sticky assets,” says the retail assets head of a leading private bank on condition of anonymity.

Banks are more comfortable lending to married couples. There is certainly a danger of divorce, but marriages have more legal backing than a live-in relationship. “In case of a divorce, banks can easily pass on the loan to one of the partners. Banks may also seek directions from the court in this regard. Such a legal hold is not there in live-in relationships,” says the marketing head of a large PSU bank.

Insurers, on the other hand, attach a lot of importance to blood relationships. One of the fundamentals of life insurance is insurable interest. The owner of the insurance must have a financial interest in the continued existence of the insured and there should be a potential financial loss to the nominee in case the insured dies. In live-in relationships, it is a challenge to establish ‘permanence of relationship’ and insurable interest. “If persons could simply insure strangers, the possibility of gambling on the lifespan of another could become an issue,” says Yashish Dahiya, CEO of Policybazaar.com.

Also, other legal heirs may contest the claim, giving rise to legal disputes.

“We will consider offering insurance for live-in couples only on a case-by-case basis,” says Vikas Gujral, executive vice-president of operations and service delivery at Max Life Insurance.

“As per insurance guidelines, any individual with whom an insurable interest (monetary or relationship) can be established is eligible to be nominated for claims. These may or may not be related by blood. As long as a valid and legal insurable interest can be brought to the fore, I don’t think insurers would have a problem,” says Dahiya.

Insurers don’t offer joint policies, ‘family’ floaters or joint pension/retirement plans to live-in couples. But they do allow individuals to nominate their live-in partners for claims. “While there is no restriction on nominating a live-in partner, an underwriter has to establish the permanency of the relation and quantify the financial loss to the partner if the life insured dies,” says Gujral.

“Insurance policies are tailored for traditional marital setups. Even in the case of divorce, unless the policy contains a clause to terminate the policy upon divorce, it can be maintained. This is primarily because segregation of the policy as an asset becomes difficult,” says Dahiya.

Insurers may consider providing cover to a child born to a live-in couple. Since live-in partners are not considered ‘natural parents’ by virtue of their relationship, insurance companies may seek additional clarification like evidence of guardianship and adoption deed.

Legal sanctity is a big step forward for live-in partners. But it is financial roadblocks that they must deal with now.