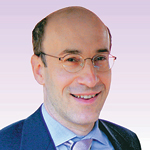 Global investors are in a giant huff over Dubai's decision to allow its flagship private company Dubai World to seek a six-month standstill (implying at least partial default) on payments on some $26 billion in debt. What exactly did investors expect when they purchased bonds in companies with names like "Limitless World", one of Dubai World's bankrupt real-estate subsidiaries? Talk about a bubble mentality.

The idea, I guess, was that the Emirate's government would stand behind every loan, no matter how risky. And if the oil-poor Dubai government didn't have the money, oil-rich Abu Dhabi would cough up the cash.

Absurd, one might think. But hardly more than many of the other massive bailouts we have seen in the wake of the recent financial crisis. What really upset investors was the realisation that, yes, some day untenable debt guarantees will have to be withdrawn. Eventually, an over-leveraged world is going to have to find a way to cut debt burdens down to size, and it won't all be pretty.

There are those who revel in what they see as a comeuppance for brash Dubai's outsized ambitions. I, for one, do not share this view. Yes, Dubai, with its man-made islands, hotels simulating Venice, and roof-top tennis courts, is a real-world castle in the sand. Yet, it has also shown the rest of West Asia what entrepreneurial spirit can accomplish.

Its airport has become a global hub of such significance that German regulators recently had to force Emirates Airlines to raise its rates to Frankfurt, lest national champion Lufthansa lose too much business. And, with its relatively open goods and capital markets, Dubai has become a trading hub not only for the entire region, but also for parts of Africa and Asia. On the eve of the financial crisis, other Gulf states had started to look to Dubai for insight into how they might diversify their economies and continue to thrive when the oil wells run dry.

Yes, Dubai is certainly an autocratic state where finances are tightly and secretively controlled. Indeed, lack of detailed information on the Emirate's finances was a central reason why the Dubai World default came as such a shock.

But, in many ways, Dubai's rulers have been remarkably tolerant of free expression. A year ago, I sat through an evening of presentations at the University of Dubai by local artists. One artist, an Emirati photographer who has lived through the stunning transformation of the city-state over the past 13 years, presented a visual timeline of the construction of one of the stations of the new metro system. The artist emphasised how jarring the change was to long-time citizens. How does one relate to the inanimate objects rising out of the barren yet majestic sands?

Another artist showed how outside lighting could be used to transform minarets, and make them stand out in the blur of modern buildings. One had to be impressed that such ideas could be expressed openly.

Anyone familiar with Dubai understands that these are but small examples of a much broader embrace of creativity that has allowed the country to court elite foreign professionals. Much as in the US, elite foreigners have played a key role in developing Dubai's various service industries.

Of course, other Gulf countries also have some stunning accomplishments to their credit. Saudi Arabia's national oil company has achieved a widely admired homegrown expertise in oil drilling. Qatar has had success in media with Al Jazzera, while Abu Dhabi has helped sponsor remarkable advances in artificial intelligence through its support of computer chess. But Dubai, with very little black gold of its own, has done more with less than any other state.

Is this the end of the road for Dubai's epic growth? I doubt it. Countries throughout the world and throughout history have defaulted on their debts and lived to talk about it, even prosper. Dubai needs to restructure and prune its excesses before it can resume a sustainable growth trajectory, though achieving this will take time.

Will there be contagion to vulnerable nations in Europe and elsewhere? Not just yet. While Dubai's case is not different, it is special; so the effect on investor confidence should remain contained for now. But investors are learning the hard way that no country's possibilities are limitless.