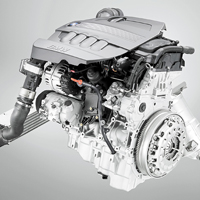 Until the emergence of the electric, gas and hybrid cars, the automotive world had been deeply polarised between the diesel and petrol engine car manufacturers. While European companies such as Volkswagen (VW), Mercedes Benz, BMW, Renault, Peugeot and Opel have traditionally been the flagbearers of the diesel engine, Japanese car makers Toyota, Honda, Suzuki, Nissan and Korean counterpart Hyundai have invariably preferred making petrol cars. American companies Ford and GM made both (smaller vehicles in petrol and larger ones in diesel), but tended to lean towards petrol vehicles.

But somewhere along, the emergence of a vastly improved technology called the common rail direct injection (CRDi) diesel engine by Germany's Robert Bosch group led to its introduction in the Alfa Romeo in 1997. It was the game changer. Until CRDi engines came, diesel was considered a dirty fuel and engines that ran on it, noisy, rattling and suitable only for large vehicles. With improvements that followed, CRDi engines delivered 40 per cent fuel economy over a petrol engine. Powerwise, there is no difference unless a turbo is installed. And this prompted mass introduction of CRDi-based diesel engines by most European car makers. Today, more than 45 per cent of cars sold in Europe have a diesel heart. And the resurgence has prompted the world's second-largest car marker, Germany's €126.88-billion (2010) VW to aim to become the world's largest carmaker by 2015.

VW's comeback in Europe was because of its turbocharged direct injection (TDI) engines. The TDI technology has catapulted VW back to the top. It has beaten the Japanese and Koreans to be the No. 1 in Europe.

The impending Euro 5 emission norms have also helped diesel fuels with low-sulphur content. Catalytic converters in these engines reduce emission of carbon monoxide. Both of these add to the cost. The turbo chargers in current diesel engines ensure the car's output increases because it has more oxygen in the cylinders to burn the fuel.

break-page-break
Although petrol engine manufacturers are responding by developing their own direct injection engine, demand for diesel cars is growing at a fast clip, threatening the industry's pecking order. And nowhere is it playing out as prominently as in India where every car maker is scrambling to set up diesel engine plants even as pure-play petrol vehicle makers such as Honda are losing ground.

The Power Of Diesel
Michael Boneham, president and managing director of Ford India, and his executive director of marketing, Nigel Wark, have become frequent fliers on the Chennai-Delhi route as they shuttle between Ford's Chennai plant and corporate office in Delhi. They are preparing the blueprint for their new Rs 4,000-crore, 240,000 unit-a-year plant at Sanand in Gujarat, while simultaneously increasing engine capacity from 250,000 to 333,000 in Chennai. The Ford executives are in a hurry as a large part of this is diesel capacity. "In India, there is a mob mentality for diesel engines because of the price differential. No one could have predicted the demand two years ago," says Wark. India, he says, is heading the European way: to become the world's next diesel hub.

Among those that have dragged their feet are staunch petrol players such as Honda and Toyota, both of whom have lost marketshare. Honda, once the leader of the A3 and A4 segments, is now No. 4 with its marketshare falling from 4 per cent at the peak to 2.5 per cent now. Honda also been jolted into action. It has sped up development of a four-cylinder diesel engine for its small car Brio and also its sedans — City and Civic.

Toyota's market share has risen from 2 per cent to 4.1 per cent ever since the Etios and Liva were launched. "We have a diesel engine, but we will bring it in next year if need be," says Sandeep Singh, managing director of Toyota Kirloskar Motors. Industry watchers expect Toyota to bring its 1.4-litre diesel engine for the Liva and Etios from its Thailand plant by the end of the year. Toyota is also ramping up production from the current 200,000 units to 330,000 units by 2013. It will also set up an engine plant, which will make both petrol and diesel engines.

Even Hyundai, which imports diesel engines, is spending Rs 400 crore on a diesel plant by 2013. "The investments are necessary because we expect diesel penetration to go up to 35 per cent this year," says Arvind Saxena, director (sales and marketing) and member of the board at Hyundai Motors India.

The Fiat engine, which is also the world's smallest CRDi is not only powering its own Linea and Punto cars, but also Tata's Indica, Indigo and Manza, Maruti's Swift Dzire, Ritz, SX4 and GM's Beat.

Maruti Suzuki's 250,000-unit diesel engine manufacturing capacity at Manesar is based on the Fiat engine. Last year, the company sold 150,000 units of Swift diesel, Dzire and Ritz. Now there is a three-month waiting period for its diesel offerings. It is looking at increasing diesel volumes to more than 250,000 vehicles.

"Over the past five months, we have noticed the diesel to petrol ratio go up from 60:40 to 85:15," says I.V. Rao, managing executive officer, Maruti Suzuki in Delhi. "Since all companies are investing in diesel, bodies such as Siam (Society of Indian Automobile Manufacturers) are asking the government to clarify how long the diesel subsidies will last," says Rao.

GM, Ford, Fiat and Renault, too have set up plants to make diesel engines in India. GM's plant at Talegaon can produce 160,000 units per annum. "This is the first flexi engine plant for GM in the world, which has the capability to produce both diesel and petrol engines," says Karl Slym, president and managing director of GM India. It is working with Fiat to introduce the 1.3-litre engine for the Sail hatchback to be launched next year. Its 1-litre diesel engine was developed with Fiat, but it is recalibrated for the Beat.

According to J.D. Power's Master, companies such as Maruti Suzuki, Ford and GM who manufacture diesel engines in India will have an advantage for the next couple of years. Not to be left behind, VW has plans to set up an engine plant in India soon, especially after the Vento diesel sedan managed to take away significant market share from petrol-powered Honda City in the A3 segment. Honda sold only 7,801 cars between April and June in FY 2012, while VW sold 18,582 cars. Skoda, a VW company, is also planning many more diesel cars; it plans to bring in a small car, the 1.6-diesel Fabia Scout and the sedan Rapid.

Renault is also bringing in a diesel hatchback and sedan, with the same dCi engine that goes into the Nissan Micra. "It is all about the running cost of diesel cars that has people interested in buying them," says Len Curran, vice-president (sales and marketing), Renault India.

So what does the rise of the diesel car mean for the petrol car manufacturers? "The Japanese and the Koreans have reason to worry because they have already made investments on petrol engines in India," says Shrawan Raja, managing editor of indianautosblog.com. He adds that if the Tata Nano diesel is launched soon, then the Indian market would see some big names lose market share. Currently, there are diesel cars with a price tag of Rs 4 lakh and more. The Nano, expected at sub-Rs 3 lakh could just shake up the market.

Others such as VW are not worried. Demand for diesel vehicles has increased so much that it has more than made up for the fall in demand for petrol vehicles. So even though nearly 3,000 VW Polo petrol variants remain in the stockyard unsold, VW was able to sell 51,556 cars in 2011, compared with only 4,000 in 2010. Ramping up production of its diesel cars is not difficult for VW as all engines are imported from Germany.

The demand for diesel cars is palpable. "My order plans have changed. I am getting enquiries for bookings for the upcoming festival season and they are all diesel cars," says Jay Shah, who owns a VW and Renault dealership in Pune. This festive season, although interest rates are high for loans, buyers are likely to go for diesel cars for their running cost.