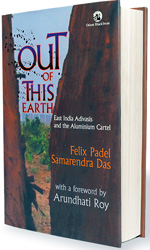 Karl Marx was not an agronomist, but he used the word ‘metabolism' to describe how capitalist agriculture promoted exports that deprived the soil of nutrients. He had read German chemist Justus von Liebig's agricultural chemistry. The solution that Liebig proposed for the day when guano from Peru would run out, was industrial fertilisers. In the 1980s, the word ‘metabolism' was re-introduced into economics by Robert Ayres and Marina Fischer-Kowalski. Accounts of material flows show that an average citizen of the European Union uses per year (not counting water) about 15 tonnes of materials (biomass, material for metals, materials for building and fossil fuels). What comes in accumulates as stock (in buildings, for instance) or comes out as exports or waste.

Export of materials per capita from the EU amount to about one tonne per year, while imports are four tonne or more. This is in contrast to countries specialising in the export of raw materials. In many Latin American countries, exports exceed imports (in tonnage) by 6:1. As in south and western Africa, in Orissa and other mining states of India, they follow what some Colombians call "the rule of San Garabato, compre caro y venda barato"; buy expensive and sell cheap. Saint Garabato did not care about the declining terms of trade, the resource curse, or the depletion of natural capital.

We are near peak oil in the Hubbert curve. Hence, the search for oil in "commodity frontiers" such as the Niger Delta, the Amazon of Peru and Ecuador, the Alberta oil sands and the deep bottom of the sea in the Gulf of Mexico or Brazil. The search for oil, gas, and for coal (which is plentiful still) reaches the most inconvenient places. Even an economy without growth, a steady-state economy, if based on fossil fuels, would need fresh supplies of energy as energy is dissipated and cannot be used twice.

Materials can be recycled in practice only to some extent. Steel is recycled (with damages to human health and environment) in the ship-breaking yards of Alang, Gujarat. Aluminium is recycled up to 50 per cent in some countries. In a growing economy, recycling materials is not at all sufficient to satisfy the demand. Here, again, the advance into the commodity frontiers.

India's use of aluminium per capita and year is not yet 1 kg, and in the US it is more than 20 kg. India exports iron ore, and is also set to be a net exporter of aluminium (should the foreseen investments fructify). Orissa has the largest deposits of bauxite. Ten years ago, I read about the shooting of adivasis in Maikanch village in Kashipur. Since then I have visited Kashipur three times. I was once briefly detained in Tikiri near Kucheipadar. I climbed the Niyamgiri Hill in December 2006, and was again detained for a few hours at the police station in Lanjigarh in 2009, while trying to interview a group of Dongria Kondhs who had stopped Vedanta's bulldozers moving towards the mountain. A courteous policeman wondered what I was doing there. I replied, truthfully, that I was an eco-tourist.

These travels taught me something, as also the sad film by Samarendra Das, Matiro Poko, Company Loko, but until I read the long-awaited Out Of This World by Felix Padel and Samarendra Das, I had not understood the geology of bauxite, the importance of aluminium in the world economy (including the production of arms), the intricate maze of business interests from the US and Russia to Britain and India, the exploitation of bauxite in Jamaica, Brazil, Australia, Guyana, Guinea and the ridiculously cheap electricity for refineries and smelters in Ghana and in Iceland.

Padel and Das narrate events in Orissa against this backdrop: the growth of the public sector aluminium major Nalco and attempts to privatise it, battles to stop bauxite mining in Gandhamardan (successful), in Kashipur (losing ground against Hindalco, after getting rid of Norsk Hydro and Alcan), and in Niyamgiri. This is the environmentalism of the indigenous and the poor. It has been repressed by force, bribery, fake public hearings and by slapping hundreds of false cases on those who are more active.

Environmentalists were amazed when, in August 2010, environment minister Jairam Ramesh denied Vedanta permission to mine bauxite from Niyamgiri for its Lanjigarh refinery. The N.C. Saxena Committee report on Vedanta's mining has reinforced the right of tribal people — who own the forests — to deny access to mining companies, just as the Supreme Court's Samata judgement had done in 1997.

But we could still ask, is the value of bauxite less than the value of the timber and non-timber products, other environmental services, and the spiritual and cultural values in question? Or is there incommensurability of values, as Padel and Das argue in a long chapter on the economics of aluminium?

Authors' Details:
Felix Padel is an anthropologist trained in Oxford and Delhi universities. His first book, Sacrifice of Human Being (1995) analysed the colonial invasion of Kond territory from 1835.

Samarendra Das is an Oriya writer, filmmaker and activist. He is associated with the Samajvadi Jan Parishad (Socialist People's Council),
a political outfit working with grassroot-level movements.

Martinez-Alier teaches at the Universitat Autonoma de Barcelona in Spain