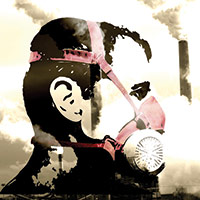 08 November, 2014
Print this article Font size -16+
Thanks to the Clean Development Mechanism (CDM), green technology and its industrial use became everyone’s pet project over the past decade. “CER (certified emission reduction, an emission unit or carbon credit issued by the CDM) trade was seen as a brilliant idea in its inception phase, as it introduced financial incentives for non-polluters, in a bid to achieve a kind of economic equilibrium between participating nations and states,” says Namita Vikas, senior president and country head, Responsible Banking, Yes Bank. However, with the international price of a carbon credit falling over the past two years —from €24 to a meagre 84 cents now — business interest in clean technology is waning. “Without credits, it is no longer attractive for businessmen to adopt clean technology,” says Assaad W. Razzouk, group CEO and co-founder, Sindicatum Sustainable Resources, a consultancy for clean energy solutions.

The demand-driven international carbon market — established under the United Nations Framework Convention on Climate Change (UNFCCC) — was touted as the perfect blend of environmental protection and business interests. Developed nations set CER targets under the Kyoto Protocol (which was signed in 1997), but trading in these CERs began only in 2005. In order to meet these targets, businesses have the option of buying CERs from developing nations which, in turn, adopt green technology for development.

Large private sector companies such as Dell, Google, HSBC and PepsiCo also made voluntary pledges to reduce emissions. Google is believed to have purchased $15 million worth of CERs. One credit offsets 1 metric tonne of carbon dioxide.

India was the second largest adopter among the 10 developing nations that ratified the protocol, with 1,197 projects (as of January 2012) registered with the CDM, just behind China, with 3,048 projects. The carbon market led to a proliferation of clean energy projects aimed at reducing
greenhouse gas (GHG) emissions.
But eight years later, slowing demand and falling prices of CERs have led to a surplus in developing nations, also drastically reducing the number of projects opting for CDM registration. For instance, the National CDM Authority (NCDMA) approved 600 projects in fiscal 2012, but during March 2012 to 5 October 2013, barely 80 projects were submitted. Till 2012, India had sold around 24 million credits, but from December 2012 to August 2013, just over 100 credits were sold.

With prices crashing, companies are sitting on tens of thousands of carbon credits hoping for prices to rise. For instance, Tata Power set up renewable energy projects amounting to 20-25 per cent of its total power production through a mix of hydro, solar, wind, geothermal and waste gas generation. Four of its renewable projects are registered under CDM — wind energy projects of 50.4 MW each at Gadag (Karnataka), Khandke and Samana (both in Maharashtra), and a 25 MW solar project at Mithapur (Gujarat). In all, the company generated 2.6 million CERs, of which only 200,000 were sold; 1.4 million are yet to be paid for and the remaining have not been sold due to low prices. Or take for example, electronic assets management company Attero, which registered under CDM in 2012 and is yet to sell a single credit. It is the only Indian company working on e-waste to be registered to sell CERs per tonne of e-waste disposed.

Living Through The Crash
Rahul Shah, chief of business development and renewables, Tata Power , says the collapse was a result of the financial crisis in Europe, which significantly reduced industry output and, hence, carbon dioxide emissions. “It is estimated that there are around 2.4 billion surplus credits available till 2020, as a result of building up of a large buffer of banked credits for Russia, Ukraine and European Union member countries. This has put downward pressure on prices of CERs being traded on the EU–Emission Trading Scheme (EU-ETS) platform”, affecting CER trade, he says. And the Indian government seems to have washed its hands of trying to salvage the situation. “It is an artificial demand-driven market and is dependent on European nations... There is nothing we can do to revive it,” says Ravi Shankar Prasad, joint secretary in the Ministry of Environment and Forests (MoEF).

Both the business and environmental benefits of CDM are many. According to a 2013 study by the Centre for American Progress (CAP), “Global carbon markets have made reducing emissions for developed nations an affordable endeavour, saving them at least $3.6 billion (€2.6 billion at current rates) since 2008.” Purchasing credits under CDM is estimated to have saved EU firms around $1.5 billion (€1.1 billion) between 2008 and 2011; and Japan’s $2.1 billion (€1.5 billion). As of November, 7,407 registered CDM projects worldwide had issued 1.47 billion CERs. According to the CAP study, 6,556 projects have been supported through CDM, with a collective investment of $356 billion (€260 billion) on CERs.

So what’s gone wrong with the carbon market? Many reasons are cited but it is agreed that the decline in CDM projects, CER prices and demand are linked to the European economic slowdown, especially since the US decided to opt out of the international carbon trade from the very outset. The low prices undermine incentives to invest in future emission reduction projects, also damaging the viability of carbon markets. Coupled with the European economy taking a tumble, environmentalists viewed carbon trading as ‘paying to pollute’ (since developed countries bought CERs from developing nations as a retribution of sorts), says Yes Bank’s Vikas. Such is the reluctance to invest in CERs after the first Kyoto Protocol commitments ended in 2012 that participating nations have not renewed pledges to reduce emissions. Besides, with the economic slowdown, Europe’s carbon emissions fell, thus enabling it to meet its targets, and not invest as heavily in CERs.

Low CER rates have made Indian companies hoard credits for over a year now, says K.N. Rao, director, energy and environment, ACC Cements, adding, “There is no point in selling credits at the current rates.” Many countries hope to sell the stored CERs at a cost-to-price ratio of 1:1, at the very least, says Vikas, suggesting that hoarding credits is not the best move for enterprises. “If international trade is not revived, ‘backloading’ may not be worthwhile.”

The Need For Revival
Green technology comes with a high capex, says Sanjay Chakrabarti, partner, infrastructure, industrial and consumer consumer, at EY. “Going green means your IRRs (internal rate of return) will be impacted, or the initial investment will be high,” he says. This additional cost needs to be subsidised — “whether through domestic markets or international is up to the government... But in today’s globalised economy, it is important to have internationally linked markets”.
break-page-break
Even entrepreneurs believe that stake-holding governments need to be more proactive in the CDM market. “In order to encourage investments in renewable energy and revive the market, there is a need to address the CER demand-supply gap by revisiting binding targets on public/private institutions by the European government (being the largest buyer of Indian CERs),” says Shah.

Solution Within
Previously, Europe and Japan had purchased significant quantities of international credits, but now Japan has indicated that it intends to use credits from its own domestic markets, while the EU has outlined a number of conditions for buying CERs — like picking them up only from least developed countries (LDC); a move that leaves out countries like India. The US never ratified the treaty. Other developed countries like Australia, China and South Korea have also limited or completely disallowed purchase of international credits.

“We need to stop waiting for others and lead the green movement ourselves,” says Razzouk of Sindicatum. He believes one cannot have a market without the ability to adjust supply and demand. “Carbon markets are a whimper of an effort to have some coordination between nations on a problem that is global.” He says the carbon trading markets are a symptom and tool, while climate change is the disease that needs to be addressed.

“The demand should come from industry worldwide and self-regulating initiatives in countries like India and China — so that they are not forced to follow the EU.” China has already initiated alternatives — it has seven pilot carbon trading schemes. By 2016, it will have a nationwide cap on trade, similar to the EU-ETS scheme. This will allow offsets from Chinese projects that will help ultimately reduce the impact of climate change.

Another alternative is the Renewable Energy Certificate, or REC, scheme. “Introduction of RECs in India seemed like a good plan until RECs went the CER way (with prices crashing). The reasons remain the same and can be attributed to a lack of compliance mechanisms. India needs to learn from the challenges faced by its global peers and institute mandates for the industry,” says Vikas.

The existing carbon markets face viability concerns and credibility challenges. However, some such as Jacob Ipsen Hansen, research assistant at United Nations Environment Programme’s Risø Centre, disagree. He explains that the absence of a ceiling on emission trade within the EU in the first phase of commitments caused credit prices to fall. Later, the unforeseen economic crisis made the demand for additional credits non-existent, further impacting prices.

Hansen does not believe the carbon credit market is dead, saying the drastic decline in new project registry is due to the rules under the new commitment period (CP2) of the Kyoto Protocol after 2012. These have adversely influenced the carbon market. For example, the EU’s decision to not buy credits generated from projects destroying hydrofluorocarbons and chlorofluorocarbon stockpiles.

With India unwilling to take a firm stand to ensure greater reduction commitments by the developed countries and facilitate increased demand for CERs, most businesses are blaming the government for the slump.

Moving Ahead
There is still hope as market analysts and entrepreneurs say that the downturn in the EU-based carbon market should not be viewed as the end of the road because the international market, though short-lived, is giving way to more localised and, possibly, effective domestic markets such as the ones in China, the US, Australia and India.

Domestic markets oppose the global economy, believe experts such as Vinaya Bansal, a former senior CDM consultant at Emergent Ventures India. According to him, “International markets are needed so that funds can flow from developed nations to developing nations. The damage done by the developed nations while their economies were growing cannot be reversed but can be assisted and for that they must bear part of the cost.”

Domestic market options in India include REC exchanges and the soon-to-be-implemented PAT (perform achieve trade) scheme. Though international credits cannot be traded on the local markets, the latter can be used to address climate change concerns.

The likes of Nitya Nanda, fellow, The Energy and Resources Institute, believe these local carbon markets have a number of things working in their favour like not being dependent on international economic trends. Plus, they are focused on energy security and not reduction in emissions. “They address the larger climate change question instead of the carbon market that only talks of emission reduction.”

The PAT scheme, he explains, sets standards for heavy industries like steel and cement on energy efficiency, “which, if they exceed, can be exchanged in the form of certificates with other industries that are unable to meet their targets”. At present, one REC is priced at Rs 9. “The only reason it has not picked up pace so far is the poor enforcement of RE purchase obligations,” suggests Nanda.

Whether or not these alternatives will sustain over a longer period will only be known over time, but the fact that they exist is encouraging.