The Birth & Growth Of A New Industry 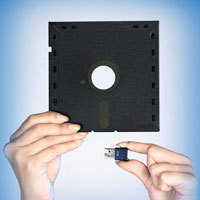 2008
BIG BLUE'S BIG MOVES
So, what was IBM doing? It was changing its address for one. Though still headquartered in Armonk, New York, its centre of gravity was really moving out of the US. In India itself, more than 73,000 employees saw the famous three-letter lined logo on their paychecks every month.

2010
THE COUP
Cognizant overtook Wipro to become the third-largest Indian IT player after TCS.

2011
CLOUD WITH A LINING
In a downturn, startups and small and medium enterprises (SMEs) in India, key to an economic revival, are
embracing cloud computing — a virtual computing environment that uses the Web to access a variety of operating systems. In India, the market potential is estimated to be just over $1 billion. TCS, Infosys and Wipro are exploring opportunities for creating private clouds for big companies. Reliance Energy and Aditya Birla Nuvo are also said to be considering setting up private clouds.