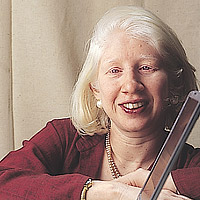 
I'm not very business-savvy else a) I'd be very rich and b) I'd understand exactly why Apple is suing Samsung. Where will it get critical parts for its products (including for MacBooks and iPads) if Samsung were to delay or withhold these in a countermove? What would happen to the technologies these competitors were actually working on together? Is this a pure anti-Samsung move or an anti-Android move, or just a temporary spanner in the works to buy time and strengthen its position, taking back share from Android? Of course, it isn't necessary that the whole Apple-Samsung relationship would go to pieces because the business they do together benefits both companies – obviously.

If Apple wins this battle, it will put Samsung at a bit of a disadvantage and stem the flow of me-too devices being rushed to market. If it doesn't, such products could flood the place and the edge Apple has could be under threat.

All I can say is I hope, while Apple and Samsung are busy with each other, someone will leave the warehouse doors open and let us get at those phones and tablets.

Mala Bhargava is a personal technology writer and media professional. Contact her at [email protected] and @malabhargava on Twitter