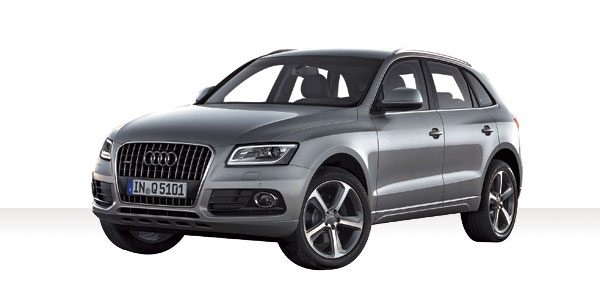 08 November, 2014
Print this article Font size -16+
Five years, three different winners. No, we are not talking about a celebrated sports league. This, in a line, sums up the Indian luxury car market.

Dominated entirely by the German trio of Mercedes-Benz, Volkswagen’s Audi and BMW, the segment has seen all three at the top of the podium at different times in recent years. If Mercedes was the market leader in 2008, it was BMW thereafter, until Audi overtook BMW earlier this year. “Audi did to BMW last year, what BMW did to Mercedes before that,” says Rakesh Batra, partner and national director, auto practice, Ernst & Young (E&Y).

Understanding the churn in this segment isn’t easy, given that just a few hundred units is often what separates No. 1 from No. 2. Luxury cars (priced at Rs 25 lakh and above) contribute about 27,000 units (just over 1 per cent) to the 2.68 million Indian passenger vehicles market (including cars, utility vehicles and vans), but at stake is a healthier 1.5 per cent of the market by value, and the prestige associated with leadership — of the market, technology and aspirations. The key to decoding the shifting fortunes of luxury marques lies in changing consumer preferences, clever pricing, financing and — more recently — leasing options, besides some hit products and a few tactical blunders.

Audi’s Rise And Rise
If the entire car market was riding the sports utility vehicle (SUV)/multi-utility vehicle boom, could luxury cars be far behind? Five years ago, SUVs accounted for barely 20 per cent of the luxury car market. By the end of 2012, 45 per cent of all luxury cars sold were SUVs, according to analysts. Audi India CEO Michael Perschke saw the shift coming six years ago. The idea that there was a pent-up demand for luxury SUVs came to him at a baby shower in Pune. He noticed a fair sprinkling of Mitsubishi Pajeros at the event amid all the sedans. “Success and failure are based not just on need identification, but also on need creation,” says Perschke.

Audi entered the market with the aspirational Q7 SUV in 2006, followed by the peppy Q5 in 2009 and, finally, the trendy Q3 in 2012. Together, the three accounted for 45 per cent of its sales in April this year. Stronger brand visibility and Quattro technology helped Audi SUVs exert their dominance over BMW’s X series. While the Audi Q3 and BMW’s X1 (at Rs 26.5 lakh, its most successful model in India till date) compete in the same space, Mercedes has no diesel SUV at that price. Its B-Class offering comes in petrol. Its GL-Class SUV, launched in 2012 at Rs 77.5 lakh, competes with the Q7. “These (Audi SUVs) cars put luxury in the grasp of the non-chairmen of companies and drove volumes for the manufacturer,” says Wilfried Aulbur, CEO, Roland Berger Strategy.

Even as Audi was peppering the market with its young and sporty offerings, buyers were getting younger too. According to Frost & Sullivan, the average age of a luxury car buyer has come down from 45-50 years four years ago to about 30 years now. Dealers agree. Anjan Mukherjee, COO, Mohan Motors, an Audi showroom in Kolkata, says Audi’s success has a lot to do with the firm’s ability to market itself to the new core segment — the youth — which forms the bulk of premium car buyers today. Audi signed on youth icons Saif Ali Khan and Deepika Padukone. Besides, wine-tasting sessions and test drives of its R8 super car at the Buddh International Circuit in Noida also created a buzz. E&Y’s Batra says consumers tend to look for the best drive experience, the value of the brand and perceptions associated with it. It also helped that the number of people who can afford luxury cars has gone up by 66 per cent in the past four years.

Audi’s strategy in recent years has been one of aggressive marketing and introducing products, with a special focus on ‘sportiness’. “We’re looking to end this year with about 9,000 units and expect to clock sales of over 11,000 next year,” says Perschke. Audi has tasted maximum success with the Rs 27-lakh (ex-showroom Delhi) Q3, the five-door compact crossover, especially with young buyers. Besides SUVs, Audi’s A4 sedan (Rs 27.85 lakh, ex-showroom Delhi), along with higher-end models such as the A6, A7 Sportback and A8 L, has also done well. Its other weapon in hand is its slew of year-round discounts. In May, Audi offered discounts worth Rs 3 lakh across most models for a 10-day period. While Mercedes tried to match its discounts, BMW did not offer any.

Return Of Mercedes
Meanwhile, 2012-13’s No. 2 BMW has been relegated to the No. 3 spot as of April this year. Phillipp von Sahr, president, BMW India, puts up a brave face and says numbers aren’t a priority. “It doesn’t matter who leads month on month, we are here for the long haul, and we will try to build sustainable profits,” he says.

Mercedes pipped BMW by sheer dint of its ‘Merconomics’ — the concept of defining the total cost of car ownership. Under the scheme, the firm offers a year of free insurance, two years of zero-maintenance cost and three years of zero-interest cost on the E-Class. Besides, Mercedes also offers the option of a C-Class at a down payment of Rs 6 lakh, a Rs 47,999 monthly instalment, and petrol worth Rs 50,000 a year for three years.
break-page-break
BMW probably lost out given its stance that being a premium brand, it would offer no discounts or hidden benefits. “This is where Mercedes lost out earlier,” says auto analyst Murad Ali Baig. Thus, between January and March this year, BMW India sold 1,465 units (a decline of almost 40 per cent), Audi sold 2,616 units (a growth of over 15 per cent) and Mercedes 2,009 units (growing by over 5 per cent). “Mercedes has gained by getting the product mix right. As the sheen wore off BMW’s newness, buyers turned to Mercedes again,” says Baig.

During 2009-12, when BMW ruled the luxury car market, Mercedes had to battle perception challenges that placed it in the bracket of older people, or a ‘dad’s car’. “About a quarter of Mercedes buyers are over 50, while a majority of Audi and BMW buyers are in the 36-49 bracket,” says Mohit Arora, executive director, JD Power Asia-Pacific. All that is in the past. “We would have been leaders (in 2012) if you were to take out the X1 numbers from BMW’s sales,” says Eberhard Kern, MD and CEO of Mercedes-Benz India. Incidentally, the X1 has sold over 5,000 units in India since its 2010 launch.

Lure Of Finance
Besides SUVs, the biggest trigger for the rise in volumes has been the host of finance options — and, more recently, leasing options being offered to the prospective buyer. At least 75-80 per cent of all luxury cars are being financed today as against 60 per cent just six years ago. Leasing, the newest purchase option introduced barely six months ago, is just beginning to take off with 0.5-1 per cent of new luxury cars being leased today.

While all three car makers offer finance options (Mercedes Star, BMW Finance, Audi Finance), in terms of cars financed, Mercedes leads with 40 per cent. Audi follows with 32 per cent and BMW notches up 25 per cent. Besides, Mercedes also offers after-sales service perks like a 36-month service recommendation for each model. Mercedes also offers, for its C-Class (C 200 CGI), total service support up to Rs 67,000 (for three years/60,000 km), excluding taxes.

Audi, on its part, tried to beat the budget blues triggered by the hike in duties on SUVs with the introduction of its ‘Beat The Tax Hike’ scheme, which ran up to 15 March — giving buyers an Audi SUV at pre-budget prices, thereby negating the 3 per cent levy. Audi also offered schemes similar to Mercedes on the A4 sedan, allowing the buyer to make a down payment of just Rs 3.97 lakh and pay monthly instalments of Rs 50,500 for five years. But BMW’s finance schemes have drawn flak from buyers. For instance, a buyer interested in the BMW X1, worth Rs 26 lakh (ex-showroom Delhi), has the option of paying Rs 15,999 per month and Rs 1 lakh every 12 months. However, the hidden clause is that the buyer would have to make a large down payment of Rs 4.92 lakh.

Fightback Ahead
Audi’s SUV-powered ascent may have caught everybody unawares but rivals Mercedes and BMW are ready for a fightback this year. Mercedes has named 2013 as the ‘year of aggression’ and has multiple product launches lined up. The A-Class hatchback, launched in May, is priced at Rs 21.93 lakh, and Kern expects it will drive volumes for the firm like never before. It will soon launch the B-Class diesel Sports Tourer. BMW is strengthening its dealership network — from 35 to 65 showrooms in 2013-14. Mercedes expects to add 10 dealerships by year-end, totalling 67 showrooms. Similarly, Audi is planning to ramp up its showrooms from the current 25 to 34.

Going forward, says Aulbur, it would be tougher to pick winners, especially since Tata’s Range Rover and Porsche will be coming into their own. The luxury volume game, perhaps, will be won or lost on the back of the A-Series and the 1-Series hatchbacks from Mercedes and BMW, respectively. These sub-Rs 25-lakh models will drive volumes for both firms, challenging Audi.

Kern adds a cautionary note, saying it is unfair to compare the three Germans luxury marques. “Not all three play in every price bracket at present. My estimate is that the picture will become clear in another two years, when each of the three will have cars in every segment.” The battle has begun. May the best car win.