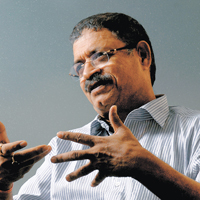 Pulkit Jain looks happy as he sits behind a small counter in his wholesale medicine shop, Jain Drug Distributors, located in a narrow bylane of Old Delhi's labyrinthine Bhagirath market. "I run out of stock so quickly that I am not able to match the demand from chemists," he says. Jain is a distributor of Delhi-headquartered Mankind Pharma, a company most urbanites would know from the television ads of the emergency contraceptive pill, Unwanted-72. But it is not the sales of this pill alone that has Jain, and a lot of other people including competitors, interested in the company.

A little-known entity till recently, Mankind Pharma is now one of India's fastest-growing pharmaceutical companies. With a compounded annual growth rate (CAGR) of 35 per cent over the past four years, according to research firm ORG-IMS, the Rs 920-crore (FY 2008-09 sales) company has gained 11 ranks to be the country's ninth-largest pharma company (see ‘Indian Pharma's Top 10' on page 48). Market leader Cipla, in comparison, has revenues of Rs 2,020 crore (in domestic sales) in the same period, but is growing at only 15 per cent. This fiscal, Mankind expects to record revenues of about Rs 1,250 crore. No wonder founder Ramesh C. Juneja, 56, a former medical representative (or MR, in popular parlance), now wants to make Mankind No. 1 in India by 2015.

However, that is going to be a tough ask. Although Mankind's drugs are among the most widely prescribed in India (see ‘India's Top 5'), it does not have any brand among India's top 50 drug brands by sales. Mankind is barely present in the country's fastest-growing therapeutic categories, with most sales coming from mature brands in slow-growing segments.

Its sales force, fuelled by uncommonly high variable pay, tends to drag down its bottom line. And whispers about the company manufacturing inferior quality drugs just refuse to go away. But first, the good part.

From Underdog To Giant
The company's success was initially built by its focus on rural India, a strategy not known to be very popular with large pharma companies, though commonly used by smaller ones. "Mankind never went by the rule book," says Sanjiv Kaul, managing director of Delhi-based private equity firm ChrysCapital, which invested about Rs 100 crore in Mankind in 2007. "Normally companies rely on key opinion leaders (read: doctors) in metros. But Mankind started in rural and semi-rural markets." What differentiates Mankind from the other small companies are two things: an aggressive pricing strategy that has forced rivals to cut prices; and a huge sales force and distribution network that ensures its drugs are ‘always available'.

Juneja explains his pricing strategy: "Pharma companies did not pass on the decrease in bulk drug prices to patients; I did." For example, Mankind sells antibiotic Moxikind CV (30 ml) at half the Rs 47.95 that GlaxoSmithKline (GSK) sells Augmentin, its best-selling antibiotic. Mankind's pricing strategy has forced competitors such as Walug-based FDC, and Mumbai's Cipla and Ipca Laboratories to cut prices, sometimes by up to 50 per cent, according to local wholesalers.

The company has also kept fixed costs low. Its office in Delhi's Okhla Industrial Estate is a small, unpretentious four-storey building. "There is no creamy layer," says Juneja. "We do not have highly paid vice-presidents or presidents." The top management comprises, apart from Juneja, his brother Rajeev (senior director for marketing and sales), nephew Sheetal Arora (director marketing) and senior marketing director Ajay Bansal, who has been associated  with the company since its inception.

The idea of starting a pharma company was germinated when Juneja roamed the hinterland across Uttar Pradesh's (UP's) Meerut district, peddling medicines as an MR for Mumbai-based Lupin. "Many doctors in smaller villages were not visited by drug companies," he says. In 1984, he started BestoChem Formulations with his two brothers, Rajeev and Girish. A few years later, Ramesh and Rajeev left BestoChem with Girish, and in 1995, set up Mankind, with a meagre capital of Rs 50 lakh and just 20 employees.

Till 2001, when its first formulations plant for injectable drugs came up in Paonta Sahib, Himachal Pradesh, Mankind sold mostly inexpensive painkillers and antibiotics sourced from other Indian firms (and branded as Mankind) across villages and semi-urban areas in India. Convincing local shops to stock Mankind's drugs was a challenge initially. "Once we were able to get doctors to prescribe our drugs, they had to start stocking them," says Juneja.

Today, according to ORG IMS, Mankind is present in every village in India that has 1,000 or more inhabitants. This segment contributes 58 per cent of the company's revenues. It also has the industry's largest sales force of 5,000 MRs (compared to Ranbaxy Laboratories' 2,500).

On face value, it would appear Mankind has the arsenal now to launch an onslaught for the No. 1 spot. But to do that, it has to overcome a whole host of much bigger challenges.

Tougher Hurdles Ahead
As it made its way into metros, Mankind's winning formula changed somewhat. The company added new products — especially lifestyle drugs such as Unwanted-72 — to its portfolio, until then mostly focused on acute diseases. It also started selling drugs targeted at chronic conditions such as Nudon, an anti-psychotic drug.

Along with the portfolio, its pricing strategy also changed, with some products actually priced higher than competing MNC products. But the strategy is so devised that Mankind is able to leverage its status of a cheap drugs maker. "Many people feel Mankind's products are the most economical," says Vijay Zutshi, associate director at research firm Synovate. "That is not always true, especially when it comes to drugs for the treatment of chronic conditions." For instance, Nudon (1 mg) costs Rs 12.2 per tablet, almost on a par with Johnson & Johnson's Risperdal (Rs 13.50). Ahmedabad-based drug maker Intas Pharmaceuticals offers a similar product at only Rs 5.60 per tablet.

Mankind is also facing strong pressure on its margins, thanks to the uncommonly high incentives it doles out to its MRs — some take home Rs 6-7 lakh annually in incentives alone. Most pharma companies in India have salaried employees with low incentives. But with Mankind's 5,000-strong sales force on high variable pay, even the increase in its pricing and products portfolio have not eased the margin pressure, though sales have been bolstered.

According to Juneja, the company will clock a net profit before tax of about Rs 185 crore on sales of Rs 1,250 crore for the fiscal 2009-10. That translates to a profit margin of 14.8 per cent, lower than Cipla's 17 per cent for FY 2008-09. Such low margins might hamper Mankind's efforts to develop new products or expand.

Going forward, it remains uncertain whether the company can maintain its pace of growth. For one, there is still a perception that Mankind's drugs are of poor quality simply because they are cheap.

The Next Giant Leap
Back in Bhagirath market, Daljit Singh, who has been running a family wholesale shop, Saluja Medideal, with his brother Rajinder for close to 40 years, says doctors feel Mankind's drugs are not of good quality. He does not sell Mankind's drugs, and prefers to stick to more established firms such as Cipla and GSK. Juneja admits to the problem, but says: "Perceptions are changing now."

More importantly, 90 per cent of Mankind's growth comes from older or mature brands targeted at acute diseases, as opposed to new product launches, according to ORG IMS data. The company also has not been able to build enough big brands. Only 17 of its products have revenues of over Rs 10 crore, compared to 39 for Cipla and 28 for Lupin.

The anti-infective and gastro-intestinal segments, which account for 47 per cent of Mankind's revenues, are growing at 9 per cent and 11 per cent, respectively. According to Zutshi, Mankind will need to establish a leadership position in the cardiac, diabetes or CNS (central nervous system) therapeutic segments before it can hope to make it to the top.

Mankind is already present in 90 per cent of the total market (in terms of products portfolio), so to launch new drugs it will need to come up with new dosage forms and delivery systems — in much the same way as many of its peers are doing. The company is actively considering this strategy, and plans to set up a formulations development plant in Ghaziabad, UP, within the next 4-5 months.

"The plan is to come up with new dosages or new delivery systems for existing drugs," says Juneja. Apart from its own formulations plant, Mankind has five other plants in Paonta Sahib, but they are not owned by the company. "Local people are majority shareholders in these plants," says Juneja.

The biggest challenge for Mankind goes against its fundamental DNA — its pricing strategy. It needs to build stronger brands, and shake off the image of being just a cheap-drug maker. More important, Mankind's current pricing strategy leaves it vulnerable to attacks by one or more low-price player in the market. As Zutshi says, "Tomorrow, any new player can come in and cut prices, and push drugs to doctors, and Mankind will be out." That is one really giant leap Mankind will have to take.