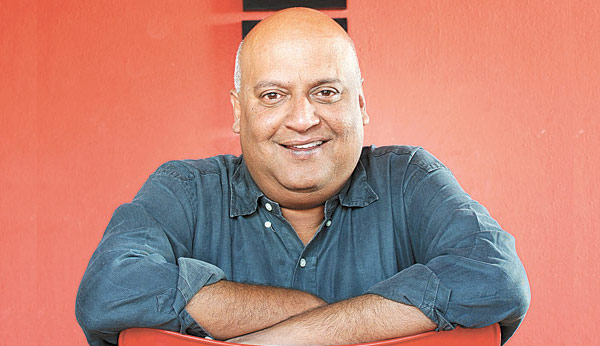 08 November, 2014
Print this article Font size -16+
Hey, I got an easy topic — Digital in 2014. Easy, because anyone can predict anything on digital, and everything will be wrong anyway. (The only man who usually got it right is sitting in heaven boring the hell out of God by telling him why the iPad Mini should not have been launched). And if by some chance, a prediction does turn out to be right, then I can immediately add ‘Technology Futurist’ to my LinkedIn profile.  So, what’s there to lose. Here goes…

In 2014, an incredible amount of useless data will be collected. Internet data, mobile usage, location fixes, wearable technology… where you are, what you’re doing, how you’re feeling… your heart rate, blood pressure, bowel movements… everything will be captured, digitised and stored.

This ‘information’ will then be crunched by buzzword-based crowdfunded companies that offer real-time marketing using big data on the cloud on a freemium basis. These companies will help brands target you better with their free online services that are supported by ads from other free ad-supported online services. Exception: Onions, however, will continue to be expensive because their easily detachable peels make them unsuitable for an ad-supported monetisation model.

While all this is going on, we’ll be very busy watching stuff all the time. TV content and videos will move to the Net and be available for streaming in all devices. Which means the television can become an ornamental screen that just looks very big and impressive in your living room, but doesn’t really need to work. Of course, TVs will react to this by adding more  interactive content and social streams. So, in 2013, if you were watching cricket on TV and tweeting from your laptop or mobile, in 2014, all you have to do is swap the devices.

The newspaper, in the meanwhile, will become a useful archive of all the stuff you read the previous day. It will totally integrate with your digestive system — wrapper for samosas, napkin to wipe mouth, fan to keep you cool while digesting, and companion while ejecting said samosas.

People will make more and more friends on Facebook with the express purpose of increasing the audience for all the photos they share. Everything will be photographed and shared — people, food, places, and Abdul Kalam quotes. A nifty new (free, ad-supported) service called Facebook Holidays will be launched, which will place your photo against the backdrop of the Eiffel Tower, Pyramids, etc. So you’ll be able to impress all your ‘friends’ without spending money on actually visiting places. Side effect: Marketers will get confused and start hitting you with travel insurance ads.

While aunts and uncles take over Facebook, politicians and journalists will continue to swamp Twitter. In order to get some time to do some real work, they will force Twitter to introduce (on the grounds of national interest) a feature wherein all compliments received get automatically retweeted. All this won’t really matter as no one on Twitter will vote in the 2014 general elections. Everybody will be too busy telling others to vote. Twitter will also become an extremely useful brand-building tool with every brand of significance running a #ReplaceMovieNameWithBrand contest. Useful trivia: On December 31, 2014, Amitabh Bachchan will reach T 1704.

All births will be announced on Facebook, and all deaths on Twitter. Google Plus will look on enviously.

Online shopping will continue to surge. Clothes, groceries, electronics… everything will be purchased online. People will receive salaries as bank transfers, and use cards online to spend it all, thereby forgetting what currency notes look like. Which, in a way, is a good thing, because ATMs don’t seem like safe places any more.

Flipkart will get a few hundred million dollars from VCs in March, July, and maybe November.

Technology will affect our lives in never-before ways. Amazon drones will drop off many books. Then users will switch to Kindles, and want to return the paper books. The drones will be used for this too, but eventually they’ll be jobless. Amazon will then sell the drones to the US government who’ll find them useful because the stuff they deliver through drones doesn’t come with a return policy.

The average IQ of households will increase tremendously. Yes, kids will be smarter. But, more importantly, all appliances will be smarter. Your refrigerator, washing machine, light bulbs, everything. (In fact we already have a water heater which doubles up as a music player. Really. Check it out. It’s called Aquatunes.) So, your coffee-maker may refuse to serve your coffee in the morning if the bathroom mirror informs it that you haven’t brushed your teeth yet. Mobile phones will be used to control all these appliances, so if you get into a long phone call with your friend, your dinner may not get made.

But then, in 2014, why would you want to waste your time actually speaking to a friend. Just take a selfie instead, and post it on Facebook. Simple.