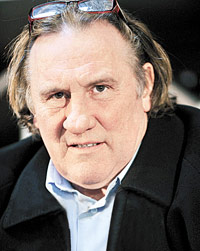 08 November, 2014
Print this article Font size -16+
Every few years there is a rumpus in India about funds parked abroad. If a rich man keeps his money in a tax haven, it is not in his interest to go about telling others about it. Nor is it in the interest of the tax haven. So there is no authentic information about money so parked. That makes it possible for a wishful person to believe that billions are secretly kept in deposits abroad. How many billions is anybody’s guess; everyone is free to choose a number one likes. A gentleman of Indian origin who resides in foreign climes massages international trade statistics and produces his own billions; putting out numbers supposed to come out of mysterious calculations is a sure way of making headlines. They find ready customers amongst opposition parties in India; they find the figures useful to beat the government with.
The identity of the rich men is quite unknown, which is convenient for those who want to identify them with politicians of the ruling party. Since there is no way of ascertaining their identity, the government can never prove that Sonia Gandhi, Rahul and a thousand others have not parked money abroad. So it thought it best to climb on the bandwagon itself, and join a campaign with its fellow members of the Group of 20 to hunt tax evaders. Nothing came out of the hunt; but it was useful to fend off the opposition’s attacks until it went on to other things such as 2G, 3G and coal blocks. Other governments have been more successful. Germany, for example, managed to get details from Switzerland of its citizens who had crossed the open border in their Porsches and parked suitcases of cash in Swiss banks. The US government also forced UBS Bank to divulge details of its citizens who had deposited funds in the bank. The US and Germany are powerful countries. India does not possess their fire power, so it can only keep guessing and fretting.
Now, however, comes an instance of perfectly legal tax evasion. France is in dire straits; the economy is doing poorly, and tax revenue has suffered as a result. It has the example of its southern neighbours, Spain and Italy, before it: that if tax proceeds fall persistently short of expenditure, the government can get so indebted that it becomes impracticable to ever repay the debt. This may be all right for Greece, at least for a while, but France is too big an economy to find rescuers. So the only way it has of keeping the boat afloat is to raise taxes or reduce public expenditure. The choice is easy for Francois Hollande, who succeeded Nicolas Sarkozy as president; he is a socialist, and following his ideological preferences, he raised the maximum income tax rate to 75 per cent.
That has led French actor Gerard Depardieu to depart from France and take up residence in Nechin, a Belgian village just across the border. He is not so well known in India as in Europe, but those in their forties may still remember his performance as Cyrano de Bergerac; 20 years ago, he was quick, athletic and a good swordsman. Today, he looks a normal middle-aged man; now he makes news as a tax evader. As long as he conforms with the rules of tax residence and spends sufficient days in his new home, Depardieu will not have to pay income tax in France. The inconvenience involved is minimal; he can run in and out of France as often as he likes, since there are no border controls. In case Belgium succumbs to Hollande’s pressure, Vladimir Putin has offered Depardieu Russian citizenship. That is going to be embarrassing, for apart from being one of France’s most distinguished actors, he is a Chevalier of the Legion d’honneur. Just imagine an English lord moving to St Helena to evade British taxes. Such things may be done by ordinary mortals, but amongst the hommes d’honneur, they are simply not done — or at least, were not done till Depardieu showed the way.
Depardieu’s tax avoidance may seem highly improper to properly behaved Europeans; but France takes away 45 cents out of every euro earned by a Frenchman. It ran a fiscal deficit of 8 cents in 2009. These 53 cents are spent on whatever the French president decides and the national assembly approves. Depardieu must be asking himself what gives the government the right to take away almost half his income, and whether it is his fault that he was not born an Arab in Dubai, where the share of taxes in GDP is a mere 1.8 per cent. A global ideology has developed which makes everything a government does holy and confiscatory taxes just. It is not all that unreasonable for someone to question these religious beliefs and claim a right to his own earnings.