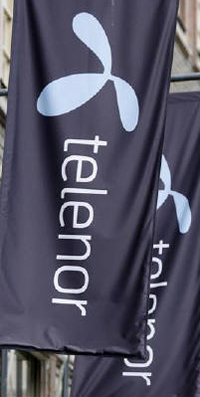 But, the possible merger will depend on whether Japanese telecom major NTT DOCOMO which has a 26 per cent decides to exit TTSL.

The merger is important for Telenor which is looking to expand its presence in emerging markets. In the first three quarters of 2012, the India unit has performed the best recording a 39.5 per cent increase in revenues at 2905 million Norwegian kroner. The other growing markets are Pakistan (15.2 per cent), Thailand (13.6 per cent) and Malaysia (10.5 per cent). In at least five markets including Denmark, Hungary and Serbia, Telenor has recorded a fall in revenues. In its home market, Norway (18987 million kroner), Telenor recorded a marginal 1.1 per cent increase in revenues. Therefore, being present in India is important for Telenor.

As a telecom industry official says, the Tata venture provides a level of comfort for Telenor, as it was looking for a safe partner in India. The venture with Tata Teleservices means that there will be no excess spectrum charges to be paid, since TTSL has only 4.4MHz of 1800MHz spectrum across the country. The only circle—Delhi—where TTSL did not have spectrum has also been cleared recently.

The Norwegian group has had business ties with the Tata Group including a global IT services venture with TCS. It has also set its BTS on towers from Viom Networks, a joint venture between Tata Teleservices and Srei Infrastructure. Unlike Telenor, TTSL offers both GSM and CDMA based mobile services.

It is believed that Telenor is looking for a controlling stake in the venture. That will depend on whether NTT DOCOMO decides to stay on in the venture.

Telenor has won rights to operate in six Indian zones in the recently concluded auction this month after its earlier permits were ordered to be revoked.