Tata Steel Unions In Britain Will Go On Strike 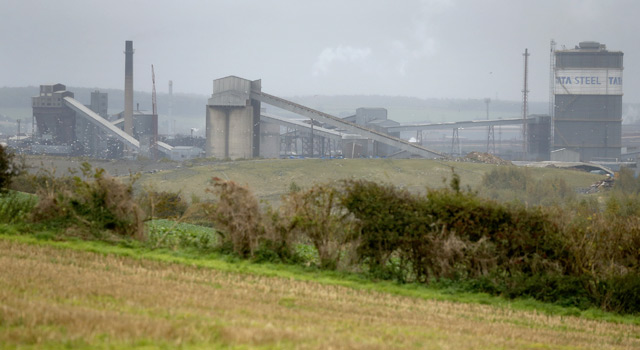 10 June, 2015
Print this article Font size -16+
Unions representing workers at Tata Steel in Britain will go on strike on June 22, the GMB union said, marking the biggest industrial action in the British steel industry in over three decades.
Other unions involved in the action are Community, Unite and UCATT. The four unions are in dispute with the company over proposed changes to their final salary pension scheme.
Ahead of June 22, the unions plan to embark on industrial action short of a strike, involving an overtime ban and a work to rule, from around the middle of next week.
"It’s time Tata got back round the table and looked for a way to resolve this dispute. Our members are ready for industrial action and the company should heed the message that their workforce is delivering,” Dave Hulse, GMB National Officer, said.
Tata Steel said in a statement that it will shortly be announcing new measures to lessen the impact of the proposed changes to its pension scheme, which it says has a projected shortfall of over £2 billion.
"We hope that these important changes to our proposals will be welcomed by employees and that the trade unions reconsider industrial action," said the company.
Roy Rickhuss, general secretary of Community, said Tata had given workers "no option" but to take industrial action.
"The company has not shown any willingness to return to meaningful negotiations to find an end to this dispute. The company could avoid this by returning to the table," he said.
Earlier on Monday, television channel CNBC TV18 reported that Tata Steel Chairman Cyrus Mistry had written a letter to British Prime Minister David Cameron, softening the company's stance in the dispute.
Tata employs over 17,000 workers across four sites in Wales in Port Talbot, Newport, Flintshire and Carmarthenshire, as well as sites around England including Corby, Hartlepool, Rotherham, Scunthorpe, Teesside and York.
The threat of a strike is seen as a possible deterrent to future investment in the British steel industry, which has struggled to operate profitably despite government measures to help boost the sector.
The company's parent, India's Tata Steel Ltd, posted a $889 million quarterly loss on May 20, inflated by a hefty impairment on its UK business
Late last year, Tata Steel announced talks to sell off a chunk of its loss-making mills to the Geneva-based Klesch Group, prompting concern amongst some British members of parliament.
(Agencies)
Tags assigned to this article:
britain news 9 tata steel david cameron steel cyrus mistry klesch group roy rickhuss