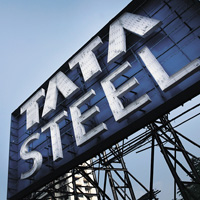 08 November, 2014
Print this article Font size -16+
Amid a prolonged downturn in demand for some of its key products, Tata Steel Europe announced on 29 October major restructuring proposals to boost its competitiveness that could lead to the loss of around 500 jobs in the UK.

The proposed changes in Long Products business will predominately affect management and administrative functions at sites in Scunthorpe, Teesside and Workington.

About 340 positions could be affected in Scunthorpe, 90 in Workington and 40 in Teesside, Tata steel said in a release Tuesday.

The proposals come amid a prolonged downturn in demand for some of the key products made by the Scunthorpe-based business, including the UK market for construction steel, which is about half of 2007 levels.

Karl Koehler, CEO of Tata Steel's European operations, said, "European steel demand this year is expected to be only two-thirds of pre-crisis levels after falls in the past two years.

"On top of the challenging economic conditions, rules covering energy and the environment in Europe and the UK threaten to impose huge additional costs on the steel industry," Koehler said.

"As difficult as the proposed changes are, they are intended to build a stronger future by enabling the Long Products business to compete in even the current challenging economic and regulatory conditions.

"We will of course engage fully with employees, trade unions and our political stakeholders during this restructuring process. We will do everything we can to support our employees through this unsettling time," he added.

Michael Leahy, General Secretary of Community and Chair of the UK Steel unions' Committee said: "We are obviously very concerned to hear this news and are doing all we can to support those affected by the announcement.

"We recognise the business has been dealing with a downturn in some of its markets for the past five years.

Nevertheless, today's news once again reflects the fragile state of our economy and the lack of any real impetus by government to support our manufacturing base.

"Community is seeking an urgent meeting with the company to get their agreement to extending the consultation period to allow for all alternatives to be explored and also to reiterate Community's opposition to any compulsory redundancy."

Jon Bolton, Director of the Long Products operations, said, "UK demand for construction steel has fallen further since we launched an improvement programme at our Long Products business in 2011.

"This further market decline means we must now build on the work we have been doing to restore Long Products ability to compete throughout the economic cycle."

Bolton said the proposed changes at Workington engineering operations, meanwhile, are as a result of a shortfall in external projects.

"Today's proposals would help us build a more sustainable business. I know this will be a difficult and unsettling time for affected employees and their families. This action, unfortunately, cannot wait if we are to remain a vital foundation industry supporting the UK's manufacturing and construction sectors," Bolton said.

"We will work closely with our trade union colleagues and government at a national and local level to ensure we provide our employees with as much assistance and support as possible," he said.

In addition, Tata Steel's subsidiary UK Steel Enterprise will look at how it can provide more support to the local communities affected by today's announcement and help stimulate new job creation in those areas.

UK Steel Enterprise has regeneration teams in North Lincolnshire and the North East.