Tata Should Not Let Zest Wane 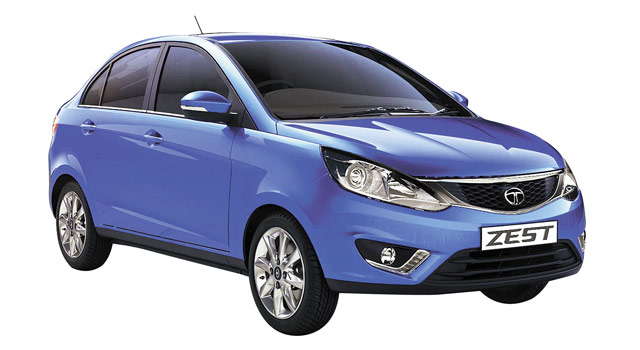 10 December, 2014
Print this article Font size -16+
Zest, the newly launched sedan, is yet to bring smiles at Tata Motors. Reason: delays in delivery. Zest’s automated manual transmission (AMT) variant has a waiting period of four-six months.
Officials at Tata Motors say capacity is not an issue at their Ranjangaon facility in Maharashtra, where the Zest is being manufactured; instead, they blame delays in delivery from vendors as the reason for the extended waiting period.
“This is not the way we should have gone about it… These are golden opportunities,” Mayank Pareek, the newly-appointed president for passenger cars at Tata Motors, said recently at a media interaction. “We should have managed the supplies better… But we are working on them to increase production,” added Pareek, a former Maruti Suzuki executive.
Fiat Group company Magneti Marelli supplies AMT boxes to both Tata Motors as well as Maruti Suzuki. Inadequate availability of AMTs has been cited as a reason by Tata Motors for putting off the launch of its Bolt hatchback, which is based on the Zest platform.
The Zest has the first-mover advantage in its segment by being the first automatic model, which has put competing brands on the backfoot. Made for busy city traffic, the Zest features 5-speed automatic transmission called F-tronic transmission. Zest’s petrol version has a 1.2-litre turbocharged version — a first for the segment. All these factors have contributed to a growing demand for the model.
In November, Tata Motors sold 10,286 passenger cars, 30 per cent more than in October. This included 3,500 units of Zest. Had it not been for supply constraints, the company would have sold 5,000 units of Zests, says Pareek. Zest sales crossed the 10,000-mark within three months of its launch. The firm now plans to push sales in rural markets.
It is not the first time that Tata Motors has failed to capitalise on the initial demand for a new product. In 2008, the hype around the Nano had ensured nearly one lakh bookings during the first two months of its launch. But their delivery was delayed on account of the protest against Nano’s manufacturing facilities in Singur, West Bengal, and subsequent relocation of the plant to Sanand in Gujarat.
“The company faces serious issues in planning. Under Ratan Tata’s direct guidance, the company had launched the Nano and faced delays in delivery and demand crash,” says Vinayak S. Bapat, president and CEO of VXL Consulting. “Now, Cyrus Mistry is directly controlling the company and is instrumental in its launch. The issue continues to be the same.” Analysts feel the Zest can revive the company’s fortunes if production snags are addressed quickly. The company needs to cash in on the festive December-January season. If Zest misses the chance, it will be difficult for it to come back quickly by competing with the global giants.
(This story was published in BW | Businessworld Issue Dated 29-12-2014)
Tags assigned to this article:
magazine auto nevin john tata motors tata zest magazine 29 december 2014