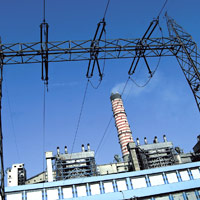 08 November, 2014
Print this article Font size -16+
Tata Power on Wednesday (1 January 2014) welcomed Delhi Government's announcement of providing 50 per cent subsidy on power consumption up to 400 units, saying it was a "good move" which will provide relief to majority of the consumers in the city.

"It is a good move from the point of view of consumers.

It will provide them relief. I welcome the decision by the government," Tata Power Delhi Distribution Ltd (TPDDL) CEO Pravir Sinha told PTI.

Delivering on yet another poll promise, the Aam Aadmi government Tuesday announced a 50 per cent subsidy on power consumption upto 400 units in Delhi, which will benefit around 28 lakh of the total 35 lakh consumers in the city.

When asked about Government's move to order Comptroller and Auditor General scrutiny of the finances of the three private power distribution companies, Sinha chose not to comment but said TPDDL will comply with the law.

He, however, said TPDDL was responding to government's directive of making their stand clear on the CAG scrutiny of the companies.

"If the law of the land demands that (the CAG audit), we will definitely comply with the directive. We will comply with all the statutory and administrative laws and regulations," Sinha said.

TPDDL supplies power to 13 lakh consumers in North and North West parts of Delhi. The other two companies -- BSES Yamuna Power Ltd and BSES Rajdhani Power Ltd -- supply power in rest of the areas in the city except areas under jurisdiction of New Delhi Municipal Corporation.

Asked whether Delhi Electricity Regulatory Commission (DERC) will be under pressure not to hike electricity rates even if power purchase cost by distribution companies goes up due to rise in cost of fuel such as coal and gas, Sinha said the regulatory commission is "very independent" and it will take correct decisions.

The DERC is likely to begin this month the tariff revision process for the year 2014-15.