Tata Power Boosts Its Efforts Towards Saving The Mighty Mahseer 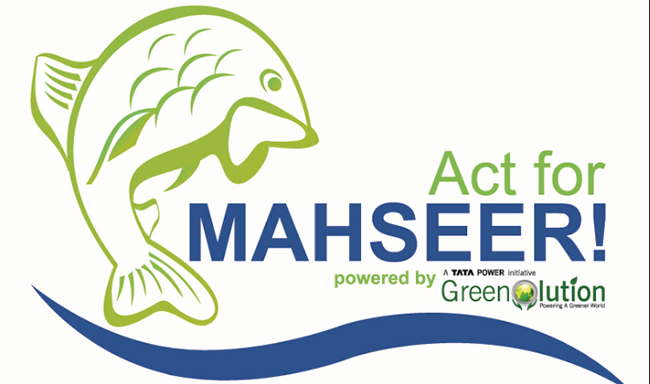 Tata Power reaffirmed its commitment towards saving the Mighty Mahseer by unveiling a documentary and a booklet spreading awareness towards Mahseer conservation.

The documentary video titled – Mahseer – Saving the Mighty Fish highlights the plight of this endangered species and showcases Tata Power’s efforts towards saving it and further breeding the Mahseer.

As a part of their ‘Invisible Goodness’ theme, Tata Power had launched ‘Act for Mahseer’ – largest and the most comprehensive campaign on Mahseer conservation. The ‘Act for Mahseer’ initiative encourages people to ‘Pledge’ to save the endangered species.

Vivek Vishwasrao, Chief – Biodiversity, Tata Power, further commented, “Through this documentary, the Company would like to spread a greater awareness on the importance of Mahseer as well as the environmental and biodiversity issues which could impact our planet adversely.”

Tata Power undertook the Mahseer conservation initiative in 1975 and set up a breeding centre in Lonavala as part of its eco-restoration and eco-development project for the lakes. Till date, the Company has produced & distributed in various water bodies, seeds in excess of 10 million  of Mahseer all over India and internationally.

Ashok Sethi, COO and ED, Tata Power stated, “Our efforts at nation building go beyond lighting up lives and includes caring for the community as well as flora and fauna near our areas of operations. Through this initiative, the Company has fuelled the movement towards preserving nature and its ecosystems for a sustainable tomorrow.”

Tata Power confers the title of ‘Fish’s Knight’ to individuals who will help in sensitising citizens on ‘saving the Mahseer’. These Knights are further encouraged through various forms of recognition across platforms. The best Knights may also win a trip to a location where Mahseer conservation is being undertaken. The most active Knights will be privileged to speak as Company representatives at various forums like awareness sessions with Club Enerji kids, employee kid’s camp or as an introductory speaker at important Company gatherings.

Till date 674 people have pledged under this initiative. Many of these people have identified the activities which they will undertake towards the cause of Mahseer conservation and are acting towards it.

The survival of the magnificent Mahseer, one of the 20 mega fishes of the world is important, for with its success we will have taken one more step towards preserving our eco-system. Tata Power has taken up the conservancy programme of the Mahseer in right earnest. The Company has also carried out cage culture and ranching programmes successfully and demonstrated the use of such research programmes for replication all over the country. Around 300 Fishery Scientists have also been trained to date to continue conservation efforts.