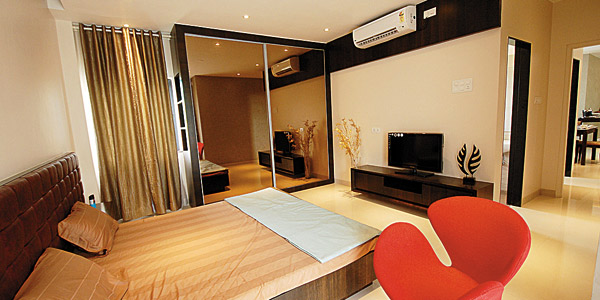 Tata Housing, the real estate arm of the Tata Group, has decided to develop 4-5 signature villas on the 1-acre bungalow that the company had bought in 2012 on Hailey Road near Connaught Place for about Rs 250 crore, sources said.

The company plans to launch these 4-5 villas in March-April, each carrying a price tag between Rs 130 and Rs 170 crore, which could be one of the most costliest villas offered in the primary market, they added.

Tata Housing is in an advanced stage of talks with designers from France and Italy to craft signature villas in this project, sources said, adding that the tie-up could be with one or more international interior designers.

This posh location has seen a number of Rs 100-crore plus property deals in the last few years.

Tata Housing is present in the Delhi-NCR region with three projects in Gurgaon. This would be its first project in the national capital.

In Delhi, there are very few projects from organised developers such as DLF's Capital Green near Moti Nagar and Parsvnath's housing project at Civil Lines.

Riding high on the successful launch of super luxury projects 'Gurgaon Gateway' and 'Primanti Garden Estate' this year in Gurgaon, Tata Housing is looking to expand its presence in this fast growing region.

The company has devised a strategy to buy marquee land to develop ultra-luxury projects rather than entering into a joint venture with land owner.

Tata Housing recently entered into an agreement with Alstom T&D India to buy its manufacturing unit spread across 20 acres in Bangalore for Rs 120 crore to launch an ultra-luxury project on this land.

It also emerged as the highest bidder for the Lincoln House property with a bid of Rs 850 crore.

Tata Housing is a subsidiary of Tata Sons, which holds 99.86 per cent stake in the realty firm. Since it's revival in late 2006, Tata Housing has evolved into one of the fastest growing real estate development company in India.

With presence in 13 cities and products ranging from Rs 10 lakh to Rs 150 crore, the company has 70 million sq ft of area under various stages of planning and execution and an additional 19 million sq ft in the pipeline.


The company is now in the process of expanding footprints to other parts of India across tier I and II cities. It has ventured into foreign markets such as Maldives and is actively exploring other markets, including Sri Lanka and other South Asian countries.