Targets Are For Arrows 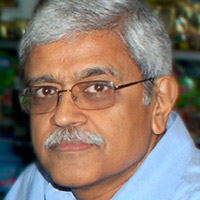 Thinking minds will find their own targets and go on setting them higher.

The writer is a widely travelled career executive with over three decades of experience in several developing countries, mostly in East Africa and South Pacific. He is an avid writer on management and current affairs