New Delhi [India], February 14 (ANI): Bollywood actor Taapsee Pannu, who recently wrapped up shooting for 'Looop Lapeta', shared a post online expressing gratitude and thanked the makers of the film for giving her the project.
The 'Pink' actor took to her Instagram handle on Sunday and posted a picture, where she can be seen holding a script while talking to the director and crew members of 'Looop Lapeta'. Explaining her journey as an actor she wrote in the caption, "I ran behind some films and some have just thankfully fallen in my lap. This being the latter I couldn't be more grateful to these guys and the luck line in my palm."
Taapsee further expressed her gratitude towards the makers of the film and wrote, "From entering the narration with the idea to say No, to leaving it with an immediate Yes, thanks to these gentlemen for hanging by a solid script and concept for years and being more sure of me being Savi than I was. P.S- I guess in the end an actor has to 'run' behind/for a good script :) #NoComplaints #LooopLapeta." 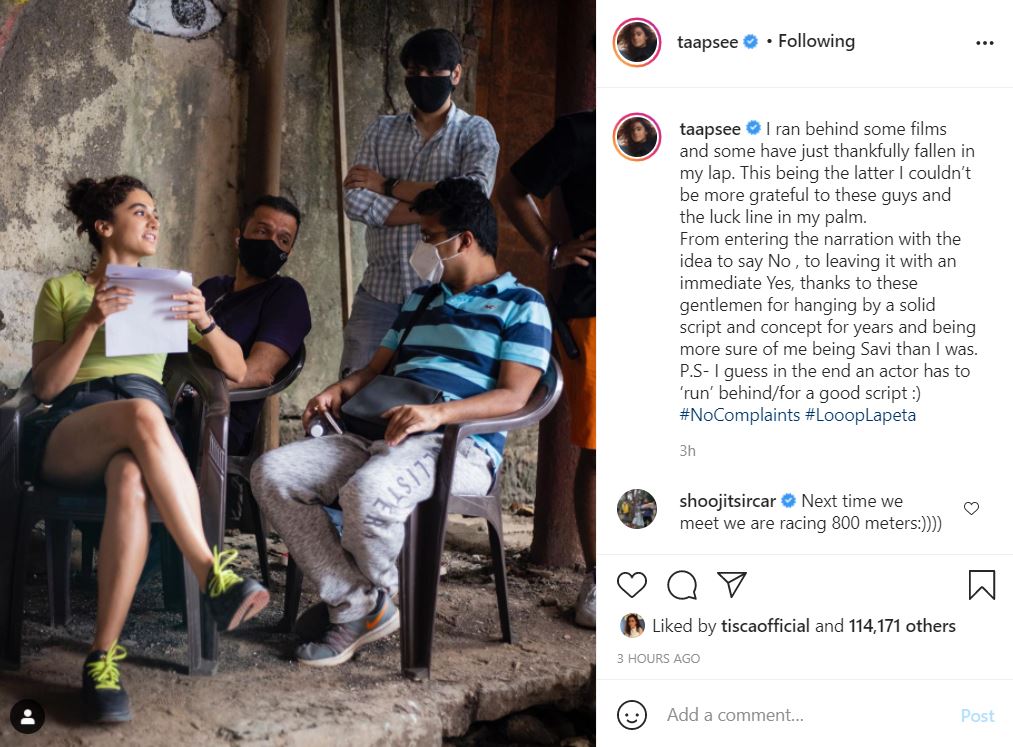 The post from the 33-year-old actor received more than a lakh likes from her followers.
Taapsee recently announced a new collab with director Anurag Kashyap titled 'Dobaaraa'. The upcoming film will mark the director-actor duo's third collaboration after 2018's hit 'Manmarziyaan' and biographical drama 'Saand Ki Aankh', which had Anurag on board as producer.
'Dobaaraa' will be produced by Cult Movies - a division under Ekta Kapoor's Balaji Telefilms, along with Sunir Kheterpal's ATHENA and Gaurav Bose's The Vermillion World Production. (ANI)