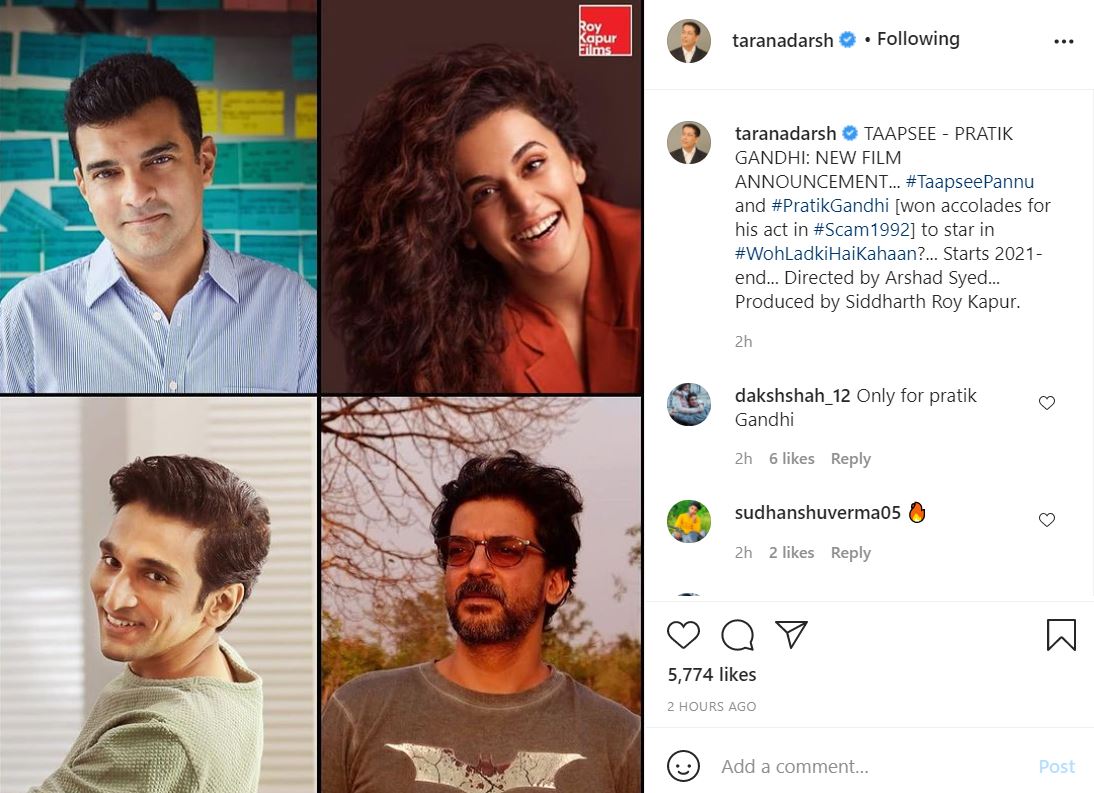 Confirming the news via Instagram, Pratik promised that the film is going to be a "riotous ride."
"Hitting the road along with @taapsee in search of a missing ladki! Get ready for a riotous ride! #WohLadkiHaiKahaan? produced by #SiddharthRoyKapur, @roykapurfilms, and written & directed by @arshadasyed. On the floors soon," Pratik wrote. 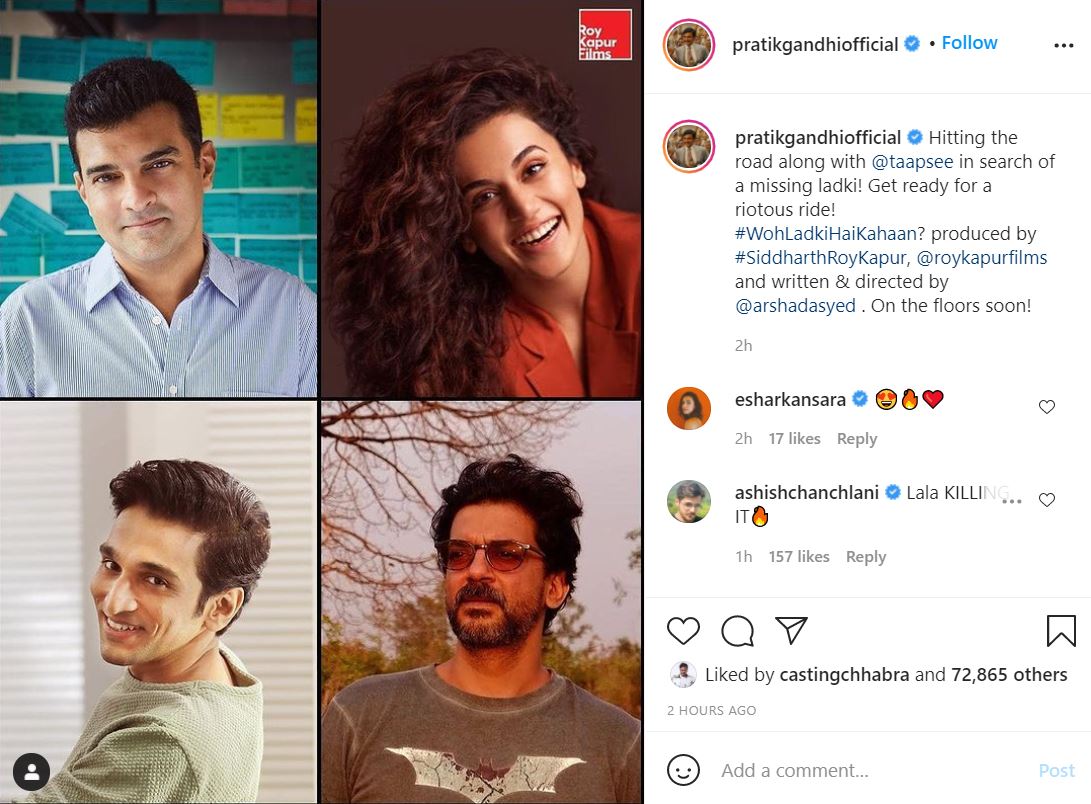 'Woh Ladki Hai Kahaan?' will be directed by Arshad Syed and produced by Siddharth Roy Kapur under his production banner Roy Kapur Films.
The upcoming movie is an investigative comedy, in which Taapsee will reportedly essay the role of a feisty cop. On the other hand, Pratik will be seen as a chauvinistic brat whose paths cross with Taapsee.
The forthcoming film marks Pratik and Taapsee's first project together. The popular 2020 drama series 'Scam 1992' brought Pratik to the limelight with his excellent portrayal of stockbroker Harshad Mehta. The OTT series, which is considered to be one of the best projects to release last year, also made Pratik win a slew of awards.
Meanwhile, Taapsee is on a roll. She has an impressive line-up of projects in the pipeline including 'Looop Lapeta' where she will be seen sharing the screen space with Tahir Raj Bhasin.
Apart from this, she will also be seen stepping into the shoes of cricketer Mitali Raj for her biopic titled, 'Shabhash Mithu'. Taapsee will also feature in another sports-drama titled, 'Rashmi Rocket' where she plays an athlete.
Taapsee has also reunited with filmmaker Anurag Kashyap for 'Dobaaraa'. The actor-director duo earlier worked together in 'Manmarziyaan' which also starred Vicky Kaushal and Abhishek Bachchan in lead roles.
Taapsee also has 'Haseen Dillruba' co-starring Vikrant Massey and Harshvardhan Rane in lead roles. (ANI)