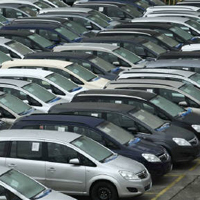 The Indian auto industry is witness to a curious occurrence: despite flaunting an array of passenger vehicles (including cars, utility vehicles and multi-purpose vehicles), most of India's auto makers bank heavily on one model to bring in the bulk of their sales. An analysis of the sales of the first six months of 2009 (January-June) throws up some interesting facts. Take Maruti Suzuki, the country's automotive market leader (by volume sales), flaunting an array of 13 passenger vehicles, including cars such as Alto, WagonR, Swift and SX4, utility vehicles such as Grand Vitara, and multi-purpose vehicles such as Omni. Its compact superstar Alto brought in nearly 30 per cent of its overall sales in this period. Hyundai, the No. 2 in terms of market share, has 10 vehicles in its portfolio, but i10 brought in more than 48 per cent of its sales in this period. For No. 3 Tata Motors, a spectacular return to form of its compact veteran Indica — driven by the launch of the new Indica Vista — saw the car clock 10,000-plus unit sales for five of the first six months of 2009, a feat achieved only by Hyundai's i10 among non-Maruti cars. In the process, Indica maintained its record of garnering around 50 per cent of Tata Motors's sales (the Nano, though, could tip the scales somewhat going forward).

Single Handed
The story is much the same for all other car makers in India (see ‘One-Car Show'). But while it might appear to be an uneasy situation for the companies, analysts don't find anything unhealthy in this trend. Kapil Arora, partner with the automotive practice at Ernst & Young (EY) says having ‘flagship products' is a global trend — exemplified by the likes of Accord (for Honda) and Camry (Toyota) — and that the Indian market is too small (in volume terms) and fragmented for auto makers to seriously consider investing significantly in products across multiple segments. "Flagship models enable an automaker to focus on building volumes, market share and establishing an anchor brand in a chosen segment," says Arora. "This can later be leveraged across multiple segments and products in line with the overall growth strategy."

Adds Ammar Master, senior market analyst for India & Korea at J.D. Power & Associates: "All companies need to have one such model that sells well and brings in the revenue, while it has other models to support sales and build brand image." The problem is, while companies do have flagship products, with a few exceptions, most don't have a strong supporting cast — other cars either have a problem of low volumes or sliding sales or, worse, both.

For instance, sales of General Motors (GM) is dominated by the compact Spark (more than 58 per cent share of company's overall sales in January-June). Its two other major contributors, Aveo U-VA (12 per cent share in overall sales) and utility vehicle Tavera (21 per cent share), slid by 27.3 per cent and 35.7 per cent, respectively. For Tata Motors, apart from Indica, it has not been great going, with sales of Indigo, Sumo and Safari all sliding. Hyundai's good old Santro still brings in almost 30 per cent of the company's sales, but the numbers have been steadily declining. The car, according to H.S. Lheem, the company's MD and CEO, will be sold for only another 4-5 years. Hyundai, of course, has a lesser problem as it has already derisked itself by having 50 per cent of its India production being exported to Europe and other places.

Honda's flagship product, the third-generation City, despite a higher ticker price than its earlier version, is doing well, outselling even Indigo (which costs half as much) in January-June, but the Civic's sales have slid more than 60 per cent in this period. One positive for Honda is that its premium sedan, Accord, has sold well after the launch of a new look, and managed to almost equal last year's January-June sales. Even Maruti is in a prickly situation, with only three cars — Alto, WagonR and Swift Dzire — showing positive growth in January-May. In fact, for fiscal 2008-09, even Alto had shown negative growth of nearly 7 per cent, before bouncing back smartly. But for a company such as Maruti, the damage is lowered by the fact that even some of its bottom-rung cars sell as many as the flagship products of other companies.

Worst case Scenario
What could be really scary is if the flagship product itself starts to show significant decline in sales, a situation faced by Toyota and Skoda Auto. Toyota's flagship product, utility vehicle Innova, brings in more than 80 per cent of its sales. And in the January-June period, Innova's sales fell by 26 per cent. Despite several reminders, an email questionnaire sent to Toyota on the subject remained unanswered. Toyota can gain some consolation from the fact that the new Corolla Altis has done well, growing 33.5 per cent (3,553 unit sales) in January-June 2009 compared to the same period last year. In fact, if we take only the first quarter of FY10 (April-June), Corolla grew almost 93 per cent.

As for Skoda Auto, its flagship product, Octavia, saw sales slide by 47 per cent in this period. Skoda, however, is upbeat that its premium offering, Superb, has shown impressive growth (more than 430 per cent). The company is also hopeful that its premium compact, Fabia, will do better, blaming the lull in sales on a shift of the car's production to its new plant at Chakan in Pune. "Once the production is in line, we will have the Fabia too as an active player in its segment," says a Skoda Auto spokesperson.

The Right Mix
That may be a tough call, given that Fabia plays in the premium hatchback segment, where it has so far not been able to make much impact. This, despite the fact that the Indian car buyer is increasingly maturing, making it possible for hatchbacks that are priced higher than sedans — such as Swift, i20, Ritz and Jazz — to sell more than many sedans. Even so, Indian buyers remain, at every level, highly value conscious. The challenge before Indian auto companies, therefore, is to bring in the right products at the right price and right consumer connect over the next few years, and derisk themselves from the unhappy situation of having only one volumes car.

At the same time, one must also remember that selling high volumes does not necessarily translate into a proportionate contribution to a company's revenues or profit margins. For example, Alto, despite its huge volumes, may bring in less revenue than Swift, which sells fewer units but is priced higher. So, what is also important for companies is to have the volumes-pricing matrix right. But that will only come into play once they have more than one car contributing significantly to sales. For that, they need more blockbuster cars. Worryingly for Indian auto, there have been very few true blockbuster cars. As the lifecycle of cars in India goes down along with the increase in number of models in the market, companies will hope that among the new cars they are slated to launch, some will turn out to be blockbusters. Otherwise, both volumes as well as revenues will be under threat.