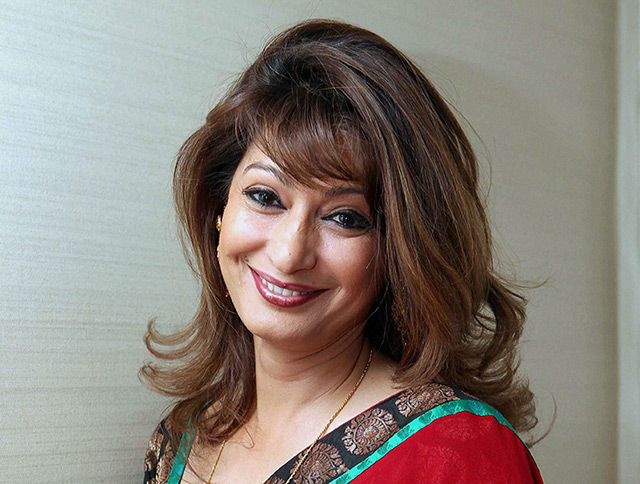 14 January, 2015
Print this article Font size -16+
In a sensational twist to the mysterious death of Shashi Tharoor's wife Sunanda Pushkar, Delhi Police on Tuesday registered a case of murder after a medical report said her death was unnatural and was caused due to poisoning but nobody has been named as a suspect as yet.
Disclosing this, Delhi Police Commissioner B.S. Bassi did not rule out questioning Tharoor, now a Congress MP and a former Union Minister.
It was not clear whether she had consumed the poison on her own or it was administerd forcefully or by injection, he said.
Nearly a year after 51-year-old Sunanda was found dead in a luxury hotel here on January 17, Delhi Police filed the case of murder under section 302 of the IPC but no one has been named in the FIR.
"Nobody has been named in the case," Bassi told reporters in reply to questions.
Sunanda's death had created a sensation as it came hot on the heels of a bitter spat between the couple over the twitter over his alleged affair with Pakistani journalist Mehr Tarar.
"On 29th December, the medical board of AIIMS has given us a report. The main thing they have informed us is that the death is unnatural and not natural. Secondly, it is due to poison that could have been taken orally given or injected and they have told us other things as well," Bassi said.
'Comprehensive investigation'
Shashi Tharoor has sought "full information" from the investigators on basis of which the conclusion was arrived at.
Calling for a "comprehensive investigation" into the case so that "unvarnished truth" comes out, he said he will continue to extend full cooperation to the police.
"I am stunned to hear that the Delhi Police have filed a case of murder against unknown persons in the demise of my late wife Sunanda. Needless to say I am anxious to see this case is investigated thoroughly and continue to assure the police of my full co-operation," Tharoor said in a statement.
The former Union Minister also requested the police for copies of the postmortem and CFSL reports, saying that he had not been given these till date.
"We have not been provided with copies of the postmortem report and other reports of the inquiry like the CFSL report till date. We repeat our request for a copy of these reports to be provided to us immediately," he said.
(PTI)
Tags assigned to this article:
politics news 7 shashi tharoor all india institute of medical sciences delhi police sunanda pushkar bs bassi