Subsidies Have Forced US Airlines Out Of India: Delta 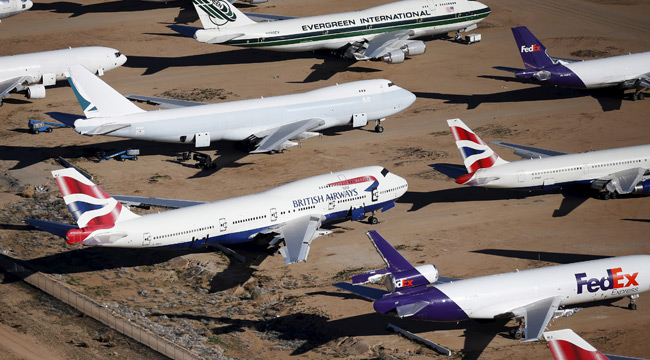 08 June, 2015
Print this article Font size -16+
Government subsidies have forced major US airlines out of the Indian market, a top airlines executive has said.
"India is a very big country. It has a huge trade relationship with the US, particularly for IT, has huge agricultural trade between the two countries," Delta Airlines chief executive Richard Anderson told reporters.
"But in essence we don't really have any aviation trade. We have exited the market completely," Anderson said.
"Because essentially what these carriers have done is with subsidised government strategies, come into the marketplace to basically shift the traffic off of us and take us out of the Indian market," he said.
"And think about it. US flag carriers ought to be in the Indian market. American and Delta should be in the Indian market. But it's not sustainable when you have that. When you have $41 billion worth of subsidy it's very difficult, if not impossible for us to be able to compete. And that harm is immediate," he added.
Anderson said a recent white paper by the American airlines industry has proved beyond doubt the subsidies provided by several governments like that of India.
"I mean those countries all required these airlines to file their financial statements. Oddly enough, in the US we don't require that. But other countries do," he said.
"And these are certified financial statements that show the subsidies. They're fully disclosed. So the work we did was not only that, but we also did research across all the financial documents we could find around the world, airport financings, financings by the government," he added.
"And we were able to build a really strong case," he said in response to a question. To put it in a legal framework, we proved subsidy beyond a reasonable doubt. And you can't refute the evidence. The evidence is overwhelming," Anderson said.
A long-haul wide-body 777 in the US, drives about almost 1,000 jobs per flight.
"When we put a 777 or a 74 or an A-350 or a 787 on a daily nonstop across the ocean, it drives almost 1,000 jobs for each one of these carriers. And those jobs aren't here," he said.
(PTI)
Tags assigned to this article:
news 6 aviation airlines delta airlines richard anderson