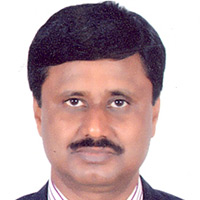 08 November, 2014
Print this article Font size -16+
Coal is the backbone of the Indian economy as close to 60 per cent of the country’s energy needs is met by thermal power plants. However, delayed environmental clearances, low yielding mines, illegal mining, red-tapism, litigation and corruption have paralysed the sector.  Nitya Nanda, a distinguished fellow at The Energy Research Institute (TERI) explains why the revival of the coal sector is not easy and needs more than block allocations and environmental clearances.
What are the main problems of the coal sector in India?
The crux of the problem lies in the fact that we are unable to increase our production – either by the public sector or by the recently added private players in the sector. The supply capacity is not increasing at the same speed as the demand is. This in turn has led to power shortage and other hurdles in the path of industrial growth. Instead of addressing this, the sector is entangled in political, structural and social conflicts. These should be at the centre of any attempts to revive the sector as the shortage has led to India becoming the third largest importer of coal – not a good sign for a growing economy.

Could you elaborate on the structural, political and legal problems?
Right at the top of structural problems is the lack of infrastructure – a big disincentive for players to develop coal blocks. Similarly, the private sector that has been allocated coal blocks are not permitted to sell the coal in the open market. Instead of permitting competitive bidding for coal blocks the government allocated the blocks on end user basis, for free. This, in addition to the inability of private players selling coal in the open market, has acted as a big disincentive for those blocks to be developed.
There is some talk of addressing excess coal of these captive blocks, a coal regulator etc. But so far all this has only been talk.
We seem to be stuck in a political log-jam – the government allocated coal mines to the private sector in an attempt to increase production but at the same time failed to incentivise them in any way. Considering the mines were not sold to the private players, permitting sale of coal from these blocks in the open market will lead to a huge loss for the government – the main reason for delays and policy limbo.
There is the option of taking back the coal blocks but that only leads to litigation as seen in numerous cases recently – compounding the legal problems. This has further delayed production.
Can some of the problems described by you be addressed in the upcoming budget?
Coal is not a budget allocation issue. As mentioned above the coal situation is peculiar and caged in from all sides, but this is not to say that the government should let things be as they are. As it is the coal production is way off the demand and the sooner the government acts the sooner we can hope to see a reduction in the demand supply gap. I believe a minimum of three years is required to see a substantial change in the current scenario.

I Hang My Head In Shame: Kapil Sibal On State Of Judiciary