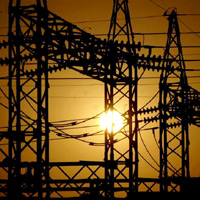 Sterlite Power Grid Ventures Ltd (SPGVL), a subsidiary of the Pune-based Sterlite Technologies, focused on the development and operations of power transmission projects, has a portfolio of six projects on Build, Own, Operate and Maintain (BOOM) basis spread across 10 states. Of this, the first three projects with over 2,000 kilometre of transmission lines and two high voltage substations are in the final stages of completion. The other three projects will start operating sequentially from FY17, Anand Agarwal told BW Businessworld.

“We have a capital commitment of nearly $1.3 billion and the Rs 500-crore equity investments from Standard Chartered Private Equity in Sterlite Power Grid Ventures Ltd (SPGVL) will be used as equity contribution in existing as well as new power transmission projects”, said the executive.

Sterlite, which generated Rs 35-crore revenues from power infrastructure segment in FY 14, expects to realise full revenues of over Rs 1,200 crore by 2020 from all the six projects. About Rs 560-crore business is expected by FY16 and over Rs 800 crore by FY18. Currently Sterlite has an all time high order book of Rs 4,400 crore, split evenly between the telecom and power segments, 28 per cent of this from export orders.

“With the resurgence in India’s power sector, the transmission and distribution business is expected to grow 12-14 per cent in the coming years”, said Agarwal.

The Power Grid Corporation of India (PGCIL) is planning to invest close to Rs 23,000 crore every year in the coming years to strengthen the T&D sector and the total PGCIL ordering in FY 14 was Rs 10,760 crore. When compared to the investments in power generation capacity addition, the investments in India’s T&D sector are only half of what is required, he noted.

Sterlite, which makes optical fibre solutions for the telecom sector, power conductors, cables and accessories, had 59 per cent of its revenues coming from the power sector in FY14.

He said with the 4G rollout and fiberisation of Towers, the Indian optic cable fibre market is at an inflexion point with an anticipated growth of over 20-22 per cent year on year. India had 10 million fibre kilometres (MFKM) in 2012 and this increased to 14 MFKM in 2013. It is expected to reach 18 MFKM by the end of 2014. Sterlite makes optic fibre cables and controls over 40 per cent of the Indian market. The company has optic fibre manufacturing facilities in India, China and Brazil.