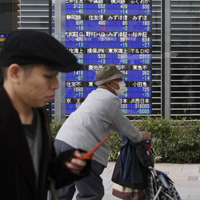 Nassim taleb (the author who brought to financial markets the concept of the Black Swan) does it again. In his latest paper ‘Why it’s no longer a good idea to be in the investment industry’, he pokes another hole in widely held perceptions that investment funds perform superbly because of stellar managers. They ‘rise to the top for no reasons other than mere luck, with subsequent rationalisations, analyses, explanations and attributions’.

Funds are becoming concentrated in the hands of a group of managers Taleb calls the ‘spurious tail’. Their performance is characterised by a few huge wins from ‘spurious performance’ which, in turn, attracts more money into their funds. Most other managers will be outperformed by the effects of the spurious tail, he writes; in other words, skill won’t count for much. In conclusion, the industry has become one characterised by what the 1980s Swedish pop group ABBA sang about: the winner takes it all.