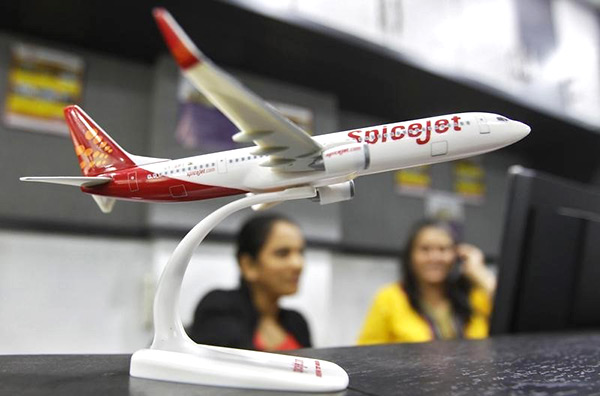 "Our challenge is our legacy losses and this cannot be solved by operational cash flows alone, but by funding or recapitalisation," Sanjiv Kapoor, chief operating officer at India's No. 3 airline by market share as of August, told Reuters in an interview. SpiceJet previously said it was in "advanced" talks with an external entity to get funding.

"Hopefully in due course of time, we'll see some good news on that front," said Kapoor, speaking late on Monday at a conference organised by consultancy CAPA.

Battling competition in an industry plagued by some of the world's steepest operating costs and cheapest fares, SpiceJet plunged to a first-quarter net loss of Rs 124 crore ($20 million) in April-June. This followed a record loss in the year to March 2014.

Controlled by billionaire Kalanithi Maran's Sun Group, SpiceJet has slashed costs, overhauled its management team and is pursuing a strategy of heavily discounting advance sales to fill up seats. SpiceJet has cut capacity by reducing its fleet to 35 Boeing 737 aircraft from 42 in December.

Nearly all Indian carriers are losing money amid overcapacity in the industry, with the sector forecast to rack up losses of up to $1.4 billion this year, CAPA says.

Kapoor, who took charge at SpiceJet a year ago after stints at Bain & Company, Temasek and Northwest Airlines, said SpiceJet's April-June operating profit of 90 million rupees before restructuring and one-off costs showed that it's on the way to a gradual recovery.

"I would hope that if we start measuring from October to September next year and you look back in the 12 months, we would come to the conclusion that that is the 12 months when we administered our turnaround," said Kapoor.