Spectrum Pricing: Back To Trai 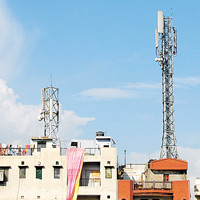 08 November, 2014
Print this article Font size -16+
After almost a year, the ball is back in the court of the Telecom Regulatory Authority of India (Trai). The empowered group of ministers has sought the recommendations of the Trai to come up with a reserve price for the auction of radio spectrum in 60 days.

Once the Trai submits its recommendations, the Empowered Group of Ministers (EGoM) will meet to fix the reserve price. The government is under pressure to lower the base price for the auction of radio spectrum after most telecom operators stayed away from bidding in the last two auctions (November 2012 and March 2013). The base price for 1.25MHz of nationwide spectrum was Rs 14,000 crore.

It is quite likely that the Trai will come with a revised price for spectrum in all the 22 telecom circles. If the auctions happen after November 2013, it will be more than a year after the last auctions. Under the Notice Inviting Applications (NIA) the prices can change after a year.

So, going by the two months that have been given to Trai, one can expect their recommendations towards the end of August. It will then have to be vetted by the eGoM, post which the Department of Telecommunications will start the process to find an auctioneer. So, it is unlikely that auctions are held before November.

Industry has already started approving the measures. Says Rajan S. Mathews, Director General, COAI,“The decision will pave way for a ‘robust and exhaustive’ consultative mechanism in arriving at the right reserve price which will fuel further growth of the Indian mobile telephony sector.”